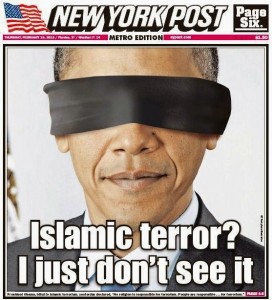 At least one person was murdered and several were injured in an attack on a gas factory in Grenoble, France in what French President Francois Hollande said was a “pure terrorist attack.”

At a beach in front of two hotels in Tunisia, several terrorists have murdered 28 people and wounded at least 39, according to the Tunisian Health Ministry. French, Belgian, Russian, German and British tourists are among the dead. At least one of the attackers was killed by security forces. A security source in Tunisia told Reuters that one of the hotels targeted was the Imperial Marhaba.

It is believed that ISIS was responsible for the attacks and claimed responsibility for a bomb explosion at a Shiite mosque in Kuwait which has killed at least 25 people.

“The brutal murders in France, Tunisia and Kuwait again underscore that the enlightened world is struggling against dark forces,” said Netanyahu.

“The fight against the murderous terrorism of extremist Islam requires unity, the beginning of which is the unequivocal condemnation of the murderers and those who support them.”

The White House condemned the terror attacks across three continents that left dozens dead and raised concerns about growing terrorist threats. The White House avoided describing the terror attacks as Islamic terrorism.
“The United States condemns in the strongest terms the terrorist attacks in France, Kuwait, and Tunisia today,” press secretary Josh Earnest said in a statement. “We stand with these nations as they respond to attacks on their soil today.”
“Terrorism has no place in any society, and the United States will continue to work closely with our international partners to combat terrorist actors and counter violent extremism around the globe,” said Earnest.
U.S. intelligence and law enforcement authorities are on high alert for an ISIS-inspired attack in the country through the July 4 weekend.

The analysis of the threat is based in part on the “new normal” of ISIS planning, which uses social media to encourage followers worldwide to attack on both small and large scales.

Information regarding the Fourth of July threat came before today’s terror attacks in France, Tunisia and Kuwait, the intelligence and law enforcement officials said.

President Obama has never identified any terror attack as being Islamic. According to Obama, Islam is a peaceful religion which does not constitute a threat to the United States or Western nations.

Members of the FBI, CIA, NSA, the Pentagon and other global security INTEL agencies are quick to point out that it is difficult for them to target an enemy when that enemy is not identified.

“The White House will not allow us to profile let alone effectively engage the enemy either at home or abroad,” said one security source.

“As Jews were being targeted at a deli in Paris, Obama would only say that it was a random attack. Could you imagine the US being attacked at Pearl Harbor in 1941 and Obama stating that it was not the Japanese. That the Japanese would never do such a thing. This is the dangerous mentality that we operating under today. There is no Iranian nuclear terrorism. There is no Islamic nuclear terror threat. In two words – denial and retreat.”