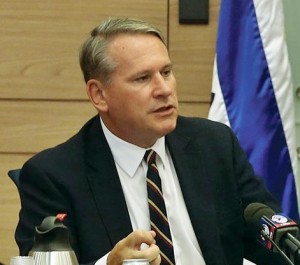 Col. (res.) Richard Kemp: “No army in the world
acts with as much discretion and great care as the IDF”

Jerusalem, Israel — March 30, 2016 … US Senator Patrick Leahy  and 10 House members have asked the Obama administration to investigate claims that the Israeli and Egyptian security forces have committed “gross violations of human rights” – allegations that have infuriated Israel’s political leadership and the Israel Defense Forces.

“The IDF and the Israel Police do not engage in executions. Israel’s soldiers and police officers defend themselves and innocent civilians with the highest moral standards against bloodthirsty terrorists who come to murder them.

Where is the concern for the human rights of the many Israelis who’ve been murdered and maimed by these savage terrorists?

This letter should have been addressed instead to those who incite youngsters to commit cruel acts of terrorism.”

“No army in the world acts with as much discretion and great care as the IDF in order to minimize damage. The US and the UK are careful, but not as much as Israel,” he told the committee. 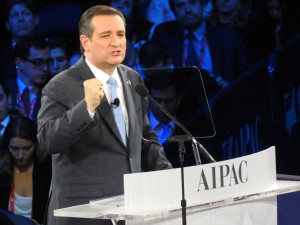 Washington, D.C. — March 26, 2016 … AIPAC brought together over 18,000 Jews from around the US and Israel. In doing so and having invited all of the US Presidential candidates AIPAC (American Israel Public Affairs Committee) made one request. Show respect to the speakers. Do not boo, do not yell, do not display any signs or banners. Do not walk out.

We all know that if we have two Jews, we will hear three opinions. But not one Jew yelled out or held a protest sign as businessman Donald Trump took the stage.

Trump, who is known for making racist, abusive remarks has stated that he was “neutral” on Palestinians. Anyone who knows anything about Israel and Middle East politics knows that one cannot be neutral with Palestinians or with any of Israel’s neighbors. When one is fighting an enemy who advocates Jihad or Holy War against all Jews and Christians, you cannot “negotiate” as Trump suggested with those who want to murder you. 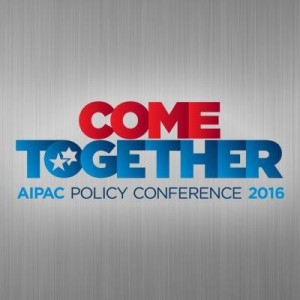 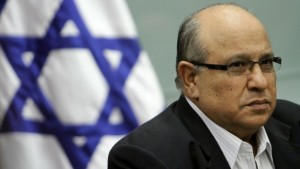 “I would like to express deep sadness on the passing of Maj.-Gen. (ret.) Meir Dagan. Meir was a daring fighter and commander who greatly contributed to the security of the state in Israel’s wars, at the [National Security Council] Counter-Terrorism Bureau and as Director of the Mossad.”

“The photograph in which his grandfather is being humiliated by Nazi soldiers shortly before he was murdered in the Holocaust was always before his eyes. Meir was determined to ensure that the Jewish People would never be helpless and defenseless again and to this end he dedicated his life to building up the strength of the State of Israel.”

Netanyahu concluded: “In the eight years in which he served as Director of the Mossad, he led the organization to daring and pioneering operations. A great soldier has passed away; may his memory be blessed.” 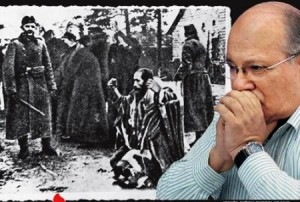 Speaking at the Tel Aviv rally for Israel’s Holocaust Remembrance Day in April 2010, Mr. Dagan’s voice broke with emotion as he linked his personal connection to the Holocaust with his lifelong mission of trying to safeguard Israel.

“During all the years of my service,” he said, “I carried with me from place to place the photograph of my grandfather taken a moment before he was murdered by the Nazis. I swore that that would never happen again. I hope and believe that I have done everything in my power to keep that promise.” 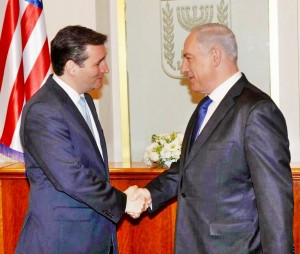 Jerusalem, Israel — March 14, 2016 … No candidate running for the office of Presidency in the United States has both the documented foreign policy experience and dedication to Israel’s security as Senator Ted Cruz.

“Off the charts brilliant,” is how legendary Harvard Law professor Alan Dershowitz described his former student in an interview with the Philadelphia Inquirer a year ago.

As both Republican and Democrat candidates attempt to prove who loves Israel more, Cruz has been an outspoken critic of Hamas, Hezbollah and Iran for several years. As Donald Trump could not articulate where the capital of Israel is at the recent RJC Conference and continues to state that he is “neutral” on Palestinian terror, Ted Cruz has been in the forefront of closing the PLO offices in Washington and confronting BDS in the US.

The below statement from Senator’s Cruz’s Senior Adviser Nick Muzin, says it all:

“The events of the past few days – terror attacks in Israel, coupled by further demonstrations of the Obama administration’s hostility toward PM Netanyahu, reinforce the importance of this election,” said Muzin.

“With Hillary, we know what we’re getting – Iran will develop a nuclear weapon, and the White House will continue to show moral ambivalence between Israel and Palestinians. With Donald Trump, we just have no idea what we’re getting, and he has said more than once that he wants to “be neutral” and try to “do a deal.”  Since Olso, we have paid a dear price for U.S. Presidents who are eager to push bad deals on the Israeli people.”

Muzin concludes: “The reality is that Ted Cruz is the only candidate with a viable path to defeat Donald Trump and win the general election against Hillary Clinton.  Both Senator Rubio and Governor Kasich have good records on Israel, but neither has a realistic path to winning the nomination.  The Jewish community needs to come out in full force tomorrow and put Senator Cruz on path to becoming our next President.”
We ask our readers to consider one last factor. Trump proposes a ban on Muslims entering the United States. Netanyahu rejected this ban as racist and stated it would only serve to create more conflict. The State of Israel does not ban religions or races of people. Rather, when threatened we enhance our security methods. By proposing a ban on Muslims, Trump has made himself unwelcome in every Arab and Muslim capital. How can a world leader effectively function as such? How can a world leader coordinate an Arab coalition against ISIS when he insults Jordan, Egypt and other moderate Arab states?
Senator Cruz, who has vowed to rip up the Iranian Nuclear Deal on his first day in office, has stated: “If you will not stand with Israel and Jews, then I will not stand with you.”
The Israel News Agency proudly stands with Senator Ted Cruz. 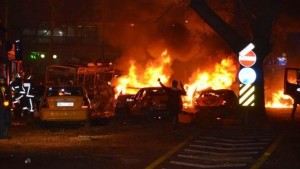 Jerusalem, Israel — March 14, 2016 … Part of the following was communicated by the Prime Minister’s Office to the Israel News Agency.

“Prime Minister Benjamin Netanyahu condemns the large-scale terrorist attack in Ankara in which innocent citizens lost their lives and many dozens were injured. Israel expresses solidarity with the Turkish people in the war against terrorism and calls on the international community to unite in the fight against terrorism.”

A car filled with explosives blew up in a public square in the center of Ankara, the Turkish capital, on Sunday evening, murdering more than 30 people in the latest of a string of terrorist attacks that have destabilized the country. At least 125 civilians were wounded in the terror attack, Health Minister Mehmet Muezzinoglu said. There were no immediate claims of responsibility. The Turkish authorities said an investigation was underway.

Sunday’s attack ripped through a crowded transport hub a few hundred meters from the Justice and Interior Ministries. 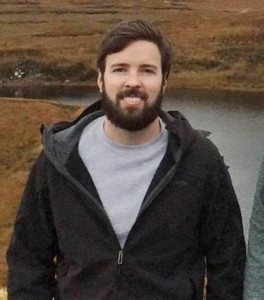 Jerusalem, Israel — March 8, 2016 … The following was communicated by the Israel Prime Minister’s Office to the Israel News Agency.

Israel Prime Minister Benjamin Netanyahu: “Tonight in Jaffa, a Palestinian terrorist from Qalqilya went on a stabbing rampage, murdering an American citizen and wounding 11 others. The terror attack was the third incident of its kind today, coming after a stabbing in Petach Tikvah and a shooting in Jerusalem.

I have been reading about the American who was murdered. His name is Taylor Force. He was a graduate student at Vanderbilt University’s Owen Graduate School of Management. Taylor was visiting Israel with his classmates in order to expand his understanding of global entrepreneurship and also to share his insights and knowledge with start-ups in Israel. 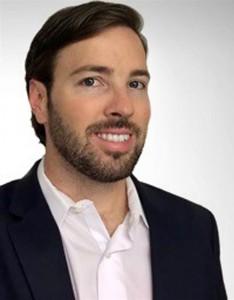 Taylor served as a United States Army officer in Iraq and Afghanistan after he graduated from West Point.

On behalf of the people of Israel, I send my condolences to Taylor’s family and friends. May his memory be a blessing.”

During an emergency meeting at the Prime Minister’s Office today, Israeli officials decided to close breaches in the security fence separating Israel from the Palestinian Authority, take further measures against Israeli employers of illegal aliens and closing down PA media which serves to incite.