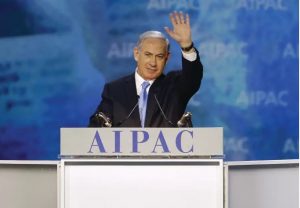 Jerusalem, Israel — March 11, 2019 … The AIPAC Policy Conference is the largest gathering of America’s pro-Israel community, and will be held this year March 24-26 at the Walter E. Washington Convention Center in Washington, D.C.

Through demonstrations of groundbreaking Israeli innovations, keynote speeches by American and Israeli leaders, inspiring moments on stage and intimate educational sessions, AIPAC Policy conference delegates will experience the full scale of pro-Israel activism in three days. The conference culminates with the delegates’ lobbying their members of Congress in support of legislation that enhances the relationship between the US and Israel.

“This is the biggest and best pro-Israel event this year,” said Joel Leyden, publisher of the Israel News Agency.

“Attendees have the opportunity to hear from legislators from both parties about the bipartisan legislation they support. Learn about the threats facing Israel and how they are being addressed and interact socially with others in the pro-Israel community.”

In what Israel proudly maintains as a historic first and a sign of the settlement movement’s growing acceptance among US Jewry, AIPAC has invited a representative of the YESHA Council to speak at its annual foreign policy forum in Washington DC later this month.

The bi-partisan organization is flying YESHA Council foreign envoy and Efrat Council head Oded Revivi to Washington to participate in a side panel at the conference called “Catch 67: The Left, The Right, and the Legacy of the 6-Day War.”

“AIPAC has finally realized that they cannot ignore half-a-million people living in Israel’s biblical Judea and Samaria, who are becoming more and more attractive to the audience of AIPAC,” Revivi said.

Prime Minister Netanyahu will address the American Israel Public Affairs Committee conference two weeks before the Israeli elections, and will likely use the opportunity to meet with President Donald Trump, who is expected to release his peace plan for the Middle East shortly after the elections.

Netanyahu arrives at AIPAC after a rare comment on internal Israeli politics, as AIPAC and the AJC, condemned the recent merger deal between the Jewish Home party with the extremist Otzma Yehudit party.

The deal could see the entrance of at least one lawmaker from the party of Meir Kahane’s disciples into the 21st Knesset after the April elections.

In a statement last week the American Jewish Committee said the “views of Otzma Yehudit are reprehensible. They do not reflect the core values that are the very foundation of the State of Israel.” 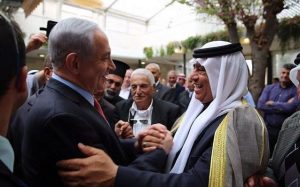 Those who understand the Israeli electoral process and know Netanyahu are aware that this merger was created for votes to assure that no Left wing threat emerges against Israel’s security. Netanyahu has assured Israeli Arabs that the status quo will remain and that the extreme right wing votes will not translate into policy.

AIPAC stressed the importance of the relationship between the United States and Israel in a statement on Twitter.

“In Israel we have a reliable, pro-American ally in an unstable Middle East. We have a partner who promotes our values of freedom, democracy, equality, civil rights and human rights. We have a partner for peace, who wants a better future for its children and those of its neighbors.”

“Those who work to promote the US-Israel relationship do so because it is in America’s best interest. And because an America that is engaged in the world – promoting our values, standing by our friends, and partnering to confront threats – is essential for a brighter future,” said the organization.

“At AIPAC, we proudly bring together pro-Israel Americans of all ages, races, religions, cultures, experiences, opinions and political affiliations. We celebrate the diversity of our movement and champion our collective engagement in the political process.”

In two weeks, more than 18,000 Americans from 50 states will gather in D.C. to celebrate and promote the US-Israel alliance. They will come together determined, motivated and passionate about AIPAC’s critical mission and bipartisan advocacy.

The Conference takes place after Iran has inaugurated a new domestically-built submarine armed with cruise missiles. 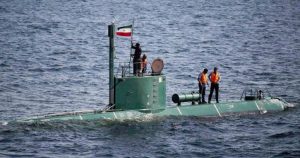 Iranian President Hassan Rouhani presided over the launch, which was broadcast live on state television. The Iranian government recently attacked US Vice President Mike Pence’s speech in Munich, in which he stated that “the Iranian regime openly advocates another Holocaust and it seeks the means to achieve it.”

Pence also stated: “The Islamic Republic of Iran is the leading state sponsor of terrorism in the world. Iran has supported terrorist proxies and militias, Hezbollah and Hamas; exported missiles; fueled conflicts in Syria and Yemen; plotted terrorist attacks on European soil; and openly advocated the destruction of the State of Israel.”

Iran says it has missiles with a range of up to 2,000 km. (1,250 miles), which puts Israel and US military bases in the region within its reach.

The Convention Center is located between 7th and 9th Streets and N Street and New York Avenue. Phone: 202-249-3000. Register at https://sforce.co/2DTkvcl