London — August 11, 2015 … When Joel Leyden speaks about Israel, at least a million people listen. His name may not be familiar, but if you have ever used Google to look up anything on the Middle East, then you have probably had your search results influenced by him. And if you are one of the 850 million users of the social networking website Facebook or real time messaging platform Twitter then it is likely that you have read something written by Leyden. You might even be one of the almost 100,000 members of his group called “I Support the Israel Defence Forces in Preventing Terror Attacks from Gaza.”

Joel Leyden is one of the new breed of campaigners who use the Internet to put across the Israeli perspective to a huge and growing audience. Their activities are diverse.

A week after Operation Cast Lead began in Gaza, more than 10,000 users around the world had signed up to Qassam Count, an IT application invented by 26-year-old French-Israeli Dan Peguine. The free program invites users on sites like Facebook and its rival, Twitter, to keep a running total of the terrorist rockets landing in southern Israel. That message is then visible to millions of surfers.

Grassroots activism is the most important form of campaigning, according to Leyden, 52, who describes himself as an “Internet marketing pioneer”. Dividing his time between London, Israel and New York, he operates several Government-approved and commercial Websites including United States News Agency (www.unitedstatesnewsagency.com), Political PR Consultant, Crisis Communications PR and Online Reputation PR (www.OnlineReputationPr.com) but spends the rest of his “18-hour days” organising pro-Israel and US Republican groups on comment and blogging sites like Digg (www. digg.com) and FreeRepublic (www.freerepublic.com).

“The Internet has become the place to organise and protest,” he says. “When the Iranian Holocaust cartoon contest [the 2006 competition sponsored by an anti-Zionist Iranian newspaper] was announced, we used search engine optimisation, SEO [directing search engine results], to successfully bury the Iranian content, and added text inserts into their cartoons which explained the facts of the Holocaust.”

Leyden points out that to be truly effective on the Internet, advocates of Israel’s cause need not only to master the arguments but to master language, too. 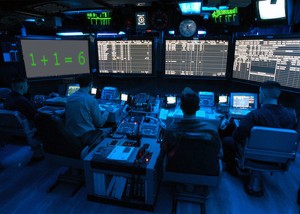 Leyden, who created the first commercial Website in Israel and the Israel Defense Forces Cyber Unit, become a victim of personal attacks. One group called “Joel Leyden is an enemy of Facebook” has superimposed graphic swear words on top of a picture of him. Another hacker who calls himself JIDF has posted libelous stories about Leyden. He responded by sending out a message alerting thousands of people to hundreds of groups. As for the JIDF, he had their Twitter account deactivated.

The Israel Security Agency (Shin Bet) revealed last year it had set up an elite cyber-defense unit to defend against an organized attack on Israeli cyberspace as well, and in September, the Israeli government set up its own National Cyber Defense unit.

Jonathan Hoffman, co-vice chair of the Zionist Federation, confirms that the Internet is playing an increasing role for defenders of Israel’s image.

“There are many who challenge the existence of Israel as a Jewish state and the vast majority of them can be found on the Internet,” he says.

“Fortunately there are many good websites where the cyber-warrior can find information. The main sites are well-known but there are also a number of excellent lesser-known niche sites.”

One of the best, he says, is Zionism On The Web (www.zionismontheweb.org) created by Australian Dr André Oboler, who also combats antisemitism on Facebook, MySpace and YouTube, and describes writer Paul Bogdanor’s personal site (www.paulbogdanor.com) as a “wonderful” resource for “material to combat every type of antizionism and antisemitism.”

“In short,” he concludes, “no-one can reasonably complain that there is too little information. On the contrary, very soon the budding cyberwarrior realises that the problem is one of excess.”

Unsurprisingly, it is the generation that has grown up with social networking sites that is particularly active in countering anti-Zionist propaganda. Newly impassioned teens and twentysomethings are using their networks of online friends to advance Israel’s cause.

Ben Winton, a 17-year-old A Level student at Immanuel College, North London, was inspired to become an online campaigner by Israel’s action in the Gaza Strip.

“When Israeli troops moved into Gaza, I did my best to spread the videos and emails that people needed to see, setting up [Facebook] groups to organise masses to attend rallies,” he says.

“There was a very good response. An attempt to get people to attend a Trafalgar Square rally led to 1,118 people responding that they would attend, with almost a thousand others ‘maybe attending’. There’s no way of knowing how many people kept to their word, but they did have an awareness of the cause. Nothing spreads quicker than the internet.”

For 19-year-old Emma Stone, who is in her first year of a degree in marketing at University College Birmingham, the internet is one of the main places she can advance her pro-Israel perspective.

“I spend a lot of time online replying to comments made underneath articles on sites like the BBC,” she says. “People write ignorant things about Israel, and one of the best things about the net is you have the ability to correct them.

“Plus, the Internet is amazing for organising events and campaigns — it’s the way forward. I use it as part of my work as president of JSoc at Birmingham. I definitely feel part of a growing set of young people who use the net as a tool to promote Israel — and I feel proud that I can reach so many people in this way.”

“I was very active online getting Netanyahu elected,” says Joel Leyden. “In doing so, I had to deal with hackers on a daily basis from the White House and their mouthpiece J Street. Applying much professional, cyber combat experience from the IDF, they quickly came and went. Today, I am working on the US 2016 Presidential elections. Many candidates, many keywords, many hackers and a lot of coffee.”