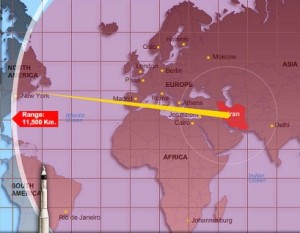 New York — August 27, 2015 … Two of Israel’s best friends, businessman Donald Trump and Senator Ted Cruz have agreed to host a mass rally in Washington against the Iran Deal which directly threatens the security of the United States and Israel.

Cruz and Trump are both presidential candidates but transcending their run for the White House is a sincere desire to limit an Iranian ICBM nuclear attack on the US. Both Trump and Cruz realize that if Iran secures 150 billion dollars from the lifting of sanctions, that money will go towards nuclear weapons infrastructure and the expansion of Hamas and Hezbollah global terror networks.

The Texas GOP senator’s campaign announced today that he’s invited Trump to join a rally planned at the Capitol soon to pressure lawmakers on opposing the nuclear agreement. The rally is sponsored by Tea Party Patriots, Center for Security Policy, and the Zionist Organization of America.

“We are thankful for all their hard work on this effort and will have more details on time, date, and location as they are finalized,” the Cruz campaign said.

Trump told supporters today at a campaign event in South Carolina: “I think we’re going to do something next week or the week after about the Iran pact” in Washington.

“We’re going to have a tremendous crowd come out,” Trump promised. 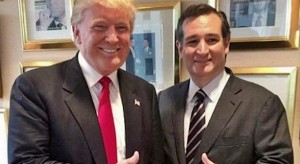 Morton Klein, president of the Zionist Organization of America, said the rally is tentatively slated for Sept. 9. He said he welcomed Trump’s involvement and the attention he would bring to the Iran agreement’s opposition.

“Anybody who’s in public life and opposed to the deal, it’s useful to have them speak out and oppose this catastrophe,” Klein said. “It’s not a bad deal, it’s a catastrophe. Every American should be freaking out about arming and funding the Hitler of the day.”

Sources in both the Cruz and Trump campaigns state that they expect at least 100,000 people to march on Washington, demanding an end to a nuclear deal with Iran.

Isaac Herzog, the leader of Israel’s political opposition, whose dislike of Israeli Prime Minister Benjamin Netanyahu is well-known, has declared that he supports Netanyahu in his efforts to oppose the Iran deal, which the U.S. Congress is about to consider.

“I had a meeting with security experts where I learned about the deal and I think it is bad for Israel. Netanyahu and myself will certainly cooperate when it comes to the security of Israel. As an Israeli patriot, this deal is dangerous.”

Herzog’s support for Netanyahu will come as a surprise to his left-wing supporters in the United States, including the Obama, Iranian-backed J Street organization, which supports the Iran deal and supported Herzog’s efforts to unseat Netanyahu in the recent Israeli elections.