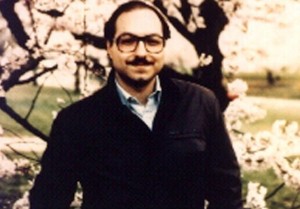 Jerusalem, Israel — December 7, 2014 … Israeli Prime Minister Benjamin Netanyahu made the following remarks at the start of the Cabinet meeting:

“Over the weekend I spoke with Jonathan Pollard’s wife Esther and with US Secretary of State John Kerry. I told him that the uncertain state of Jonathan’s health is an additional reason to set him free. Jonathan lost consciousness and was hospitalized; he is not a healthy man. He is suffering from several ailments at the same time.”

Jonathan Pollard is a former US Navy intelligence analyst who was convicted of spying for Israel. He is currently serving time in a prison in the United States. It has often been reported that Pollard’s life sentence was the most severe prison term ever given for spying for an ally. Attorney Alan Dershowitz argued that Pollard’s sentence was far greater than the average term imposed for spying for the Soviet Union and other enemies of the United States.

On November 19 2014, a US Justice Department Parole Board denied a request to have Pollard released.  In response to this rejection, eight former US officials wrote a letter to President Barack Obama stating that the parole process for Pollard has been “deeply flawed”.  The letter also asserts that the idea that Pollard’s espionage was “the greatest compromise of U.S. security to that date” is a false statement. The letter was signed by a “who’s who” of former senior US officials including former Director of the CIA James Woolsey, former US National Security Advisor Robert MacFarlane, and Former Chairs of the Senate Intelligence Committee Dennis DeConcini and David Durenburger.

Netanyahu concluded: “The time has come, for many reasons, after 30 years, for Jonathan Pollard to be released and to become a free man. He has already paid his debt and he at least deserves the same treatment that others in his position have received. We will not refrain from acting until we bring him home, here to the State of Israel.”