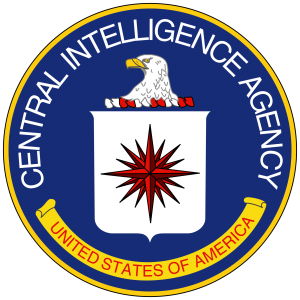 Washington — December 9, 2014 … “Those who served us in the aftermath of 9/11 deserve our thanks not a one sided partisan Senate report that now places American lives in danger,” said US Senator Marco Rubio.

Incoming Senate Majority Leader Mitch McConnell stated that the release of the report in a joint statement with Sen. Saxby Chambliss, the ranking member of the Senate Intelligence Committee.

“As we have both stated before, we are opposed to this study and believe it will present serious consequences for U.S. national security. Regardless of what one’s opinions may be on these issues, the study by Senate Democrats is an ideologically motivated and distorted recounting of historical events,” the statement said.

South Carolina Sen. Lindsey Graham called the timing of the release of the report “problematic given the growing threats we face.”

“I believe its release at this time is politically motivated. I have no doubts that it will create problems for our country and the men and women serving our nation around the globe.”

Statement from CIA Director Brennan on the SSCI Study on the Former Detention and Interrogation Program:

“Over the past several decades, and especially since the terrible tragedy of 9/11, the CIA has been at the forefront of our Nation’s campaign against al-Qa’ida and other terrorist organizations worldwide. The women and men of the CIA have operated around the globe, 24-hours-a-day, working with their U.S. colleagues as well as with foreign partners to prevent terrorist attacks. As a result of these efforts, including the many sacrifices made by CIA officers and their families, countless lives have been saved and our Homeland is more secure.

As part of the CIA’s global effort to dismantle al-Qa’ida and to prevent future terrorist attacks, the Agency was directed by President Bush six days after 9/11 to carry out a program to detain terrorist suspects around the world. Certain detainees were subjected to enhanced interrogation techniques (EITs), which the Department of Justice determined at the time to be lawful and which were duly authorized by the Bush Administration. These techniques, which were last used by the CIA in December 2007, subsequently were prohibited by an Executive Order issued by President Obama when he took office in January 2009.

Today, the Senate Select Committee on Intelligence (SSCI) released a redacted version of the Executive Summary, Findings, and Conclusions of its Study on CIA’s former detention and interrogation program, along with Minority Views and the Additional Views of a number of Committee members on the same subject. The CIA has also released its redacted June 2013 response to the Study, which is being posted on our website, www.cia.gov.

As noted in CIA’s response to the study, we acknowledge that the detention and interrogation program had shortcomings and that the Agency made mistakes. The most serious problems occurred early on and stemmed from the fact that the Agency was unprepared and lacked the core competencies required to carry out an unprecedented, worldwide program of detaining and interrogating suspected al-Qa’ida and affiliated terrorists. In carrying out that program, we did not always live up to the high standards that we set for ourselves and that the American people expect of us. As an Agency, we have learned from these mistakes, which is why my predecessors and I have implemented various remedial measures over the years to address institutional deficiencies.

Yet, despite common ground with some of the findings of the Committee’s Study, we part ways with the Committee on some key points.

Our review indicates that interrogations of detainees on whom EITs were used did produce intelligence that helped thwart attack plans, capture terrorists, and save lives. The intelligence gained from the program was critical to our understanding of al-Qa’ida and continues to inform our counterterrorism efforts to this day.

We also disagree with the Study’s characterization of how CIA briefed the program to the Congress, various entities within the Executive Branch, and the public. While we made mistakes, the record does not support the Study’s inference that the Agency systematically and intentionally misled each of these audiences on the effectiveness of the program. Moreover, the process undertaken by the Committee when investigating the program provided an incomplete and selective picture of what occurred.

As noted in the Minority views and in a number of additional views of Members, no interviews were conducted of any CIA officers involved in the program, which would have provided Members with valuable context and perspective surrounding these events.

Throughout its 67-year history, CIA has played a critical role keeping our Nation secure, and CIA officers are rightly proud and honored to be part of an organization that is indispensable to our national security. The numerous challenges on the world stage demand the full attention, focus, and capabilities of the women and men of the CIA so that our country can stay strong and our fellow Americans remain safe. To be successful, the CIA needs to work closely with its Congressional oversight committees as we confront these challenges.  With today’s release of Committee documents and the CIA response, we look forward to the way ahead.”

The Senate Intelligence Committee voted in April to make the CIA report public, which was opposed by three Republicans on the panel. It was released in summary form Tuesday.

Hey Sen. Feinstein, If we’re so concerned about rights of enemy combatants, why don’t we just stop fighting?