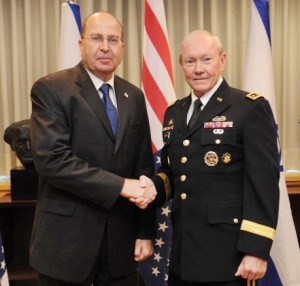 The Pentagon wants to defend the US
but has hands tied by the Obama White House.

Jerusalem — October 26, 2014 … From Ebola to ISIS, it appears that almost every issue which is handled by President Barack Obama turns into total disaster.

Obama’s policies with regard to the Middle East are either coming from a place of ignorance, negligence or just plain bias to the global Islamic agenda. For US Secretary of State John Kerry to draw a direct relationship between stability in the Middle East and the Israel Palestine peace process illustrates one of many dangerous and misleading assertions by the White House.

If one thinks that Israel is suffering from Obama’s blind and destructive approach to the Middle East, we must convey our condolences to the Pentagon. The US Department of Defense and all other US security organizations are on the same page with democratic Israel. Their frustration level with the White House could not be greater. And if one thinks that Obama’s snub to the Israel’s Minister of Defence Moshe Yaalon is embarrassing and counter-productive, how about the many from the Pentagon, CIA and NSA that Obama snubs or politely meets with and then dismisses with hours of golf?

The Israeli newspaper Ynet first reported Friday that when he was in Washington last week, Ya’alon had requested meetings with US Vice President Joe Biden, Secretary of State John Kerry and National Security Adviser Susan Rice, but was rejected by all three.

Obama’s ego – is it taking precedence to US national security?

In a recent interview with the Washington Post, Ya’alon responded to Obama’s assertion that Israel Palestinian relations were the cause of conflict in the Middle East.

It appears that the US White House has something in common with Iran, Syria, Saudi Arabia, Qatar and Turkey. When you have problems at home, just divert global media attention to the “Israel-Palestinian” conflict! 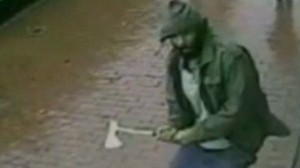 Did Obama’s failed policy in the Middle East
produce terrorism in the US?

How stupid does Obama think the global media are?

Our last comment would be a question to Barack Obama.
Do you really think that you can humiliate the Israeli defense minister?
Not quite. Moshe Yaalon is a bit more concerned with Iran developing nuclear weapons which will threaten Europe and the US than his golf game.