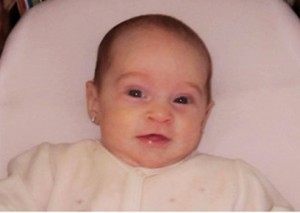 Prime Minister Netanyahu was briefed on last night’s vehicular terrorist attack in Jerusalem and on the disturbances that have occurred in Jerusalem in recent months. Netanyahu directed that sovereignty be asserted in all parts of Jerusalem via the stationing of additional security forces throughout the city.

Prime Minister Netanyahu met with the Jerusalem District police officer who shot the Islamic terrorist and asked to send his condolences to the family of three-month-old Chaya Zissel Braun who was murdered in the attack. 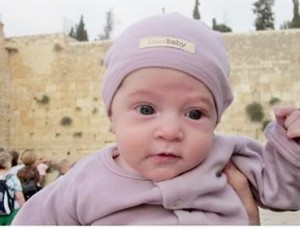 This picture was taken at the Kotel (Western Wall) where her parents were
praying just hours before her life was tragically cut short by a terror attack.

“On behalf of the entire nation, I send condolences to the family of this pure baby and my wishes for a quick and full recovery to those who were wounded.”

All attempts to attack its residents will be met with a very sharp reaction; we will restore quiet and security to Jerusalem. To this end I have directed that reinforcements be brought in, including additional Border Police (MAGAV) units, which are moving in today, as well as with lookouts, intelligence and enforcement measures. These, along with other steps that I will not detail here, can and will restore quiet to the capital.

I rely on the people sitting here. We will support the Israel Police and give it whatever reinforcements and capabilities it needs to carry out this mission. We have proven that with determination and patience we can achieve these goals in all parts of the State of Israel.

Not only is Jerusalem under terrorist attack but other capitals and cities around the world are as well. But the attacks in Jerusalem are supported by Palestinian Authority Chairman Abu Mazen, who both extols the murderers and embraces the organization that the terrorists belong to, Hamas. And against these actions by the Palestinian Authority Chairman, we find international weakness; they are not prepared to utter so much as a word of criticism against him. We have no such weakness. We will insist on our rights and on our obligation to defend our capital. We will do strongly – and we will win.” 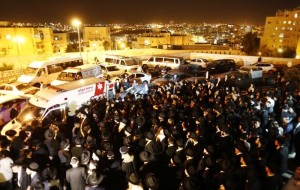 Friends and relatives attend the funeral of Haya Zissel Braun, the infant that
was murdered in a terror attack at the Jerusalem light rail station.

All the Obama Administration had to say was: “we urge all sides to maintain calm and avoid escalating tensions in the wake of this incident.”

It seems to this author that only one side in this conflict – Hamas and the Palestinian Authority – sees fit to ram a car into a baby stroller.