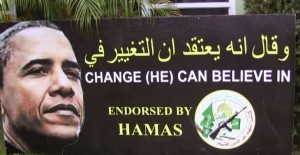 It was never Obama vs. Netanyahu.
It was, is Obama vs. Israel.

Israeli Prime Minister Benjamin Netanyahu and President Barack Obama are both guilty of making mistakes in the way they’ve handled the relationship between the two countries, but President Obama is more to blame for deliberately damaging U.S.-Israel relations, said Michael Oren.

Now no longer an Israeli diplomat, but a Kulanu Member of Knesset, Oren has taken the gloves off. That much is evident in excerpts that have emerged from Ally: My Journey Across the American-Israeli Divide – his upcoming book about his role as ambassador to Washington from 2009-2013 – and as he speaks and writes more about those tumultuous years as part of promoting the book.In an opinion piece in The Wall Street Journal entitled “How Obama Abandoned Israel,” the former Israeli ambassador makes the case that the president deliberately violated two key principles at the heart of the understanding between the two countries: “no daylight” and “no surprises.”“‘Nobody has a monopoly on making mistakes.’ When I was Israel’s ambassador to the United States from 2009 to the end of 2013, that was my standard response to reporters asking who bore the greatest responsibility — President Barack Obama or Prime Minister Benjamin Netanyahu — for the crisis in U.S.-Israel relations,” Oren wrote.

“I never felt like I was lying when I said it. But, in truth, while neither leader monopolized mistakes, only one leader made them deliberately.”For Israel’s part, he noted that on two occasions, Netanyahu blindsided Vice President Joe Biden when announcing the expansion of Jewish neighborhoods and communities. He also “lectured” Obama about the peace process and later was reported to be supporting Republican presidential contender Mitt Romney.

And Netanyahu spectacularly criticized Obama’s Iran policy before a joint session of Congress.

Nevertheless, Oren said, the president bears more blame for undermining the relationship.“From the moment he entered office, Mr. Obama promoted an agenda of championing the Palestinian cause and achieving a nuclear accord with Iran. Such policies would have put him at odds with any Israeli leader. But Mr. Obama posed an even more fundamental challenge by abandoning the two core principles of Israel’s alliance with America,” Oren wrote.

Obama violated the “no daylight” principle when he openly rejected the principle in a speech in 2009. He told American Jewish leaders, “When there is no daylight Israel just sits on the sidelines and that erodes our credibility with the Arabs.”Oren said that in doing so, Obama ignored Israel’s 2005 withdrawal from Gaza and two previous offers of Palestinian statehood in Gaza.He said Obama also rejected President George W. Bush’s commitment to include the major settlement blocs and Jewish Jerusalem within Israel’s borders in any peace agreement, instead insisting on a total freeze of Israeli construction in those areas.

Oren said the other core principle Obama violated was “no surprises.” Obama did so when he abruptly demanded a settlement freeze and Israeli acceptance of the two-state solution and then traveled to the Middle East, skipping Israel, to address the Muslim world from Cairo in 2009.

“He insisted on a total freeze of Israeli construction in those areas – ‘not a single brick,’ I later heard he ordered Mr. Netanyahu – while making no substantive demands of the Palestinians,” Oren continued.

“Consequently, Palestinian [Authority] President Mahmoud Abbas boycotted negotiations, reconciled with Hamas and sought statehood in the UN – all in violation of his commitments to the US – but he never paid a price. By contrast, the White House routinely condemned Mr. Netanyahu for building in areas that even Palestinian negotiators had agreed would remain part of Israel.” 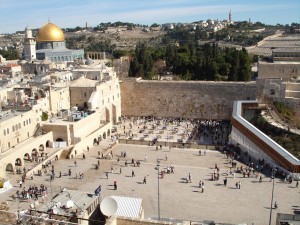 Ask President Obama what is the capital of Israel?

He also failed to consult Israel in advance of his Cairo speech, he said.

The president also changed 40 years of U.S. policy by backing the 1967 land swaps as the basis for peacemaking. Meanwhile Israel was also shocked when it heard that Obama offered to sponsor a U.N. Security Council investigation of the settlements, and to support Egyptian and Turkish efforts to force Israel to reveal its alleged nuclear capabilities.

And the abandonment of the two principles climaxed during negotiations over the Iranian nuclear program, he said.“Now, with the Middle East unraveling and dependable allies a rarity, the U.S. and Israel must restore the ‘no daylight’ and ‘no surprises’ principles,” Oren wrote. “The past six years have seen successive crises in U.S.-Israeli relations, and there is a need to set the record straight. “But the greater need is to ensure a future of minimal mistakes and prevent further erosion of our vital alliance.”
In the course of a 50-minute conversation, Obama offered to support a U.N. investigation regarding settlements, renew a U.S. demand for a full-scale freeze on Israeli construction in the West Bank and East Jerusalem, and was prepared to declare a Palestinian state based on the 1967 borders, with mutually agreed swaps.

Oren has a clear message for American Jews, particularly in light of the proposed nuclear agreement with Iran: “Remember that American Jewry once had a chance to save six million Jews,” Oren said somberly. “And there are six million today [in Israel]. So think very hard” and understand that “this is about our survival as a people. It’s about our children and grandchildren.”

A major Oren criticism of Obama is that while his “commitment to Israel’s security was genuine,” the president “clearly drew a distinction between “no daylight on security” and “no daylight on diplomacy.” Thus, “open disagreement on policy” was seen as a means of enhancing the peace process.

“Open disagreement on policy” that directly leads to Abbas uniting with Hamas, inciting Hamas to slam Israeli cities and towns with thousands of rockets, Hamas suicide bombings attacks all that illustrate Obama’s backing of terrorism to win policy differences.

Obama incites Jihadists to attack Israel and then openly states that Israel has a right to defend itself?

Obama is no different than Abbas. In fact, according to Oren, he is far worse and far more dangerous as he allows Hamas to act and refuses to engage with Christian beheading ISIS.
An ISIS which now sits on Israel’s northern border, at odds with Iranian owned Hamas but united with Hamas and Abbas in Israel’s destruction.

Does Obama see any positive role for Israel in the Middle East? We think yes as he waits for ISIS to strike Israel and prays that Israel, not the US, will suffer and bleed. Obama knows that Israel will engage ISIS – so why commit US troops?

And have we mentioned that Obama is willing to allow Iran to have nuclear weapons?