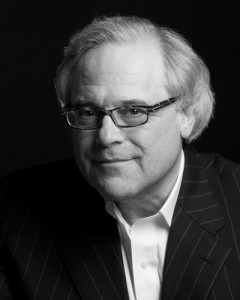 Alan was one of a rare handful of seasoned, Anglo public relations professionals who dedicated much of his work to Israel. He taught the Israeli start up community valuable skills in connecting with the media. Alan taught us how important it is to give. To be helpful.
Alan taught us to live every day, every hour as we know not when death arrives.

For Alan, it was not cancer or heart disease. It was not an act of terrorism. Who would ever suspect that while eating a Chinese meal in Tel Aviv, in seconds one’s life would be stolen by a runaway car?

Alan loved Israel. He was seduced by it’s beauty, it’s historical, biblical charm and by the warm, direct and honest relations that Israelis are known for. If there was a hi tech conference scheduled for Tel Aviv or Jerusalem, Alan was there. He would sit in the front row asking questions to a Google executive or take notes and upload a live Internet stream as a Prime Minister spoke.

Alan Weinkrantz may have never have worn an IDF uniform but he contributed to the state as if he did. He engaged Israeli industry and strengthened our home front. Alan realized that of all aspects of Israeli culture, none was and is as critical than a thriving economy. That Israel has been and remains in desperate need of experienced, international PR professionals who with their native English are able to create B2B bridges with North America, Europe and Asia.

Alan knew that the money was in the States. That he would be better off with PR retainers from New York, Chicago or Dallas. Alan’s love for Israel transcended all personal financial considerations. He, as American-Israeli PR pro Charley Levine before him, placed Israel first and we will never forget.

Alan’s family has created a Website where we can donate for his funeral expenses.
www.gofundme.com

Alan was a beloved father to his daughter Lauren and son Aaron.