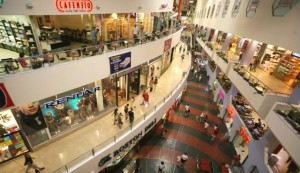 Washington, D.C. — February 23, 2015 … Perhaps the true achilles heel of America’s war on Islamic terrorism are the soft targets that everybody ignores. Among them are US shopping malls. They have been placed in a dark closet with the American government and public in denial that they are under threat – until yesterday.

Somalia’s al-Qaida-linked rebel group al-Shabab released a video over the weekend urging Muslims to attack shopping malls in the U.S., Canada, Britain and other Western countries.

The threat came in the final minutes of a more than hour-long video in which the Islamic terrorists also warned Kenya of more attacks like the September 2013 assault on the Westgate Mall in Nairobi in which 67 people were murdered.

U.S. Department of Homeland Security Secretary Jeh Johnson called the video “the new phase” of the global terrorist threat and warned the public to be cautious.

“These groups are relying more and more on independent actors to become inspired, drawn to the cause and they’ll attack on their own,” Johnson said, speaking on CNN.

When asked about the threat against the Mall of America in particular, Johnson said: “Any time a terrorist organization calls for an attack on a specific place we’ve got to take that seriously. What we’re telling the public is you’ve got to be vigilant. There will be enhanced security there that will be apparent, but public vigilance, public awareness and public caution in situations like this is particularly important.”

The US has been very lucky that no shopping malls have been attacked. If just two or three malls were attacked it would have a devastating effect on the US economy.

Israel stands as a highly effective example in neutralizing this threat.

Outside every mall in Israel are uniformed, armed security guards who use metal detectors and profiling to eliminate any threat. The success rate of keeping Islamic terrorists out of malls in Israel is 100 percent.

“However, we are not aware of any specific, credible plot against the Mall of America or any other domestic commercial shopping center,” Catron said.

Following the threat, the NYPD issued a statement saying it is aware of the video and has taken steps to ensure the safety of New Yorkers.

To say that there is no specific, credible threat does not negate that a lone wolf terror attack could take place today or tomorrow in New York, Chicago, Hartford, LA or Miami.

“Americans must wake up,” said a highly respected security analyst from Israel.

“It is not so much the loss of life that could be limited to the death of a dozen people but the massive, devastating economic affect that just a few terror attacks would generate. We are talking about collapsing the US economy – that is referred to as economic Jihad – and these Jihadists have the tools to make this happen.”