Jerusalem, Israel — October 14, 2015 … Some of the content below was communicated by the Israel Government Press Office to the Israel News Agency.

Many journalists are scratching their heads, asking what is going on in Israel?
They see Palestinians attacking Israelis and Israelis attacking back.
They see this highly simplistic news story as one of “violence”.

What is going on in Israel is not “violence”.
It is the very definition of terrorism.
Murdering civilians for a political or religious cause.

Iran funds Hamas to murder Jews. The same Iran that Barack Obama wants to give 150 billion dollars to as part of a so-called “nuclear deal”.
Hamas is at war with ISIS for control of Gaza.
Which ever Islamic terror group kills the largest number of Jews – wins! 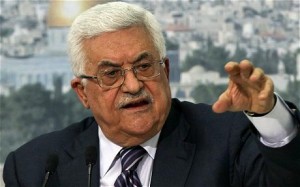 “We welcome every drop of blood spilled in Jerusalem… ”
“They (Israelis) have no right to desecrate the Al-Aqsa Mosque with their filthy feet. ” ( Official Palestinian Authority TV Channel, September 16, 2015 )

Lies by President Abbas’ Spokesman Nabil Abu Rudineh: On the teenage Palestinian terrorist who tried to murder two Israelis, was neutralized and is now in an Israeli hospital. “The execution is similar to the killing of Palestinian boy Muhammad al-Dura” (October 13, 2015 – Palestinian News Agency Wafa)

Incitement by senior PLO official Mahmoud Ismail on the murder of the Henkin couple:

“This act is a national duty.” – (Official Palestinian Authority TV Channel, October 6, 2015)
Na’ama and Eitam Henkin were shot to death in front of their children ( October 1, 2015 )

Facebook post by an 18 year old Palestinian terrorist, hours before she stabbed an Israeli: “Honey, where are you going?? Mommy, I’m going to be a martyr. I want to ask a request of you. Don’t cry about me, when I become a martyr. #Our_highest_hope_is to_die_for_Allah”

Video praising the murder of Jewish couple in front of their children: