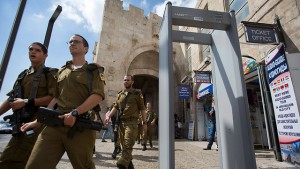 Jerusalem, Israel — October 11, 2015 … Israel Prime Minister Benjamin Netanyahu, this morning made the following remarks at the start of the weekly Cabinet meeting in Jerusalem.

“We are in the midst of a wave of terrorism originating from systematic and mendacious incitement regarding Jerusalem’s Temple Mount – incitement by Hamas, the Palestinian Authority and the Islamic Movement in Israel. This weekend I ordered the mobilization of 16 Israel Border Police companies in order to restore security and order. It is better to mobilize massive security forces to deal with possible developments, rather than do so after the fact, and we will call up more forces as necessary.

Today I will hold another meeting to advance government action against the Islamic Movement in Israel. We will not tolerate internal incitement. We will use all means at our disposal against the instigators from any direction. In this regard, note the words of incitement and violence over the weekend uttered by Israeli MK Hanin Zoabi in Hamas’s official journal (al-Risala).

Here is what she said: ‘Hundreds of thousands of worshipers should go up to Al- Aqsa in order to face down an Israeli plot for the blood of East Jerusalem residents. Today there are actions only by individuals and what is needed is popular support. If only individual attacks continue without popular support, they will sputter out within a few days. Therefore the outpouring of thousands of our people will make these events a real intifada.’ 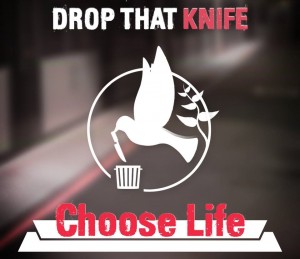 Netanyahu continued: “This wild and deceitful incitement is a clear call to violence. This is serious and I will not ignore it. This morning I contacted the Israeli Attorney General to immediately open a criminal investigation against MK Zoabi.

At my instruction, the Israeli government today will approve legislation for minimum prison sentences for those who throw rocks and firebombs and fines for minors and their parents.’ 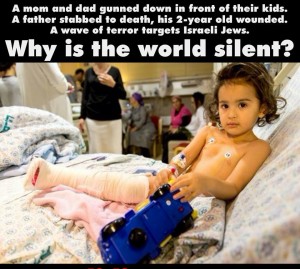 Netanyahu concluded: “I would like to wish a speedy recovery to the civilians, policemen and soldiers who were wounded in recent days. Also, I want to commend the security forces, police, border police, the IDF and the ISA for their dedicated and tireless actions for the security of Israel, and I particularly want to commend the citizens of Israel for their impressive display of vigilance, determination and composure.”