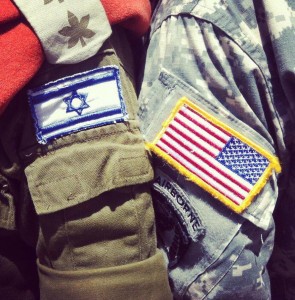 Jerusalem, Israel — July 25, 2016 … The following was communicated by the Israel Prime Ministers Office to the Israel News Agency:

“The Acting Head of the National Security Council, Brig. Gen. (Res.) Jacob Nagel, will head to Washington on July 31, 2016, for meetings with his White House counterparts, for the purpose of signing a new MOU between the two countries as soon as possible.

Israel places great value on the predictability and certainty of the military assistance it receives from the United States and on honoring bilateral agreements.

Therefore, it is not in Israel’s interest for there to be any changes to the fixed annual MOU levels without the agreement of both the U.S. Administration and the Israeli government.

For FY2017, Israel remains committed to the FMF level specified in the current MOU, which is $3.1 billion.”

The Obama administration and the Democratic Party both believe that Israel should support the immediate implementation of a Palestinian state. The Israel News Agency asks who will control that Palestinian state? Hamas, Islamic Jihad, Hezbollah, Fatah, ISIS, the PA or Iran?

Until Israel has a true partner for peace, that accepts a Jewish state, Israel will not accept a Palestinian state.

Such a state today would only be used to stage terror and missile attacks against Israel in the same manner as Hamas uses Gaza.