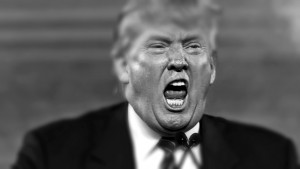 By Joel Leyden
Israel News Agency
New York — August 9, 2016 … Donald Trump’s meltdown inside his own party was further illustrated Monday when 50 senior national security officials who have served under GOP administrations going back to that of Richard Nixon warned Trump “would be the most reckless president in American history.”
“None of us will vote for Donald Trump,” said the letter, in which some of the most influential players in global defense policy warned he would be “dangerous” in the Oval Office.
Those who signed the letter include Michael Chertoff and Tom Ridge, both former secretaries of Homeland Security, as well as John Negroponte, who served as director of national intelligence.
“Mr. Trump lacks the character, values, and experience to be president,” the officials warned.
“He weakens U.S. moral authority as the leader of the free world. He appears to lack basic knowledge about and belief in the U.S. Constitution, U.S. laws, and U.S. institutions, including religious tolerance, freedom of the press, and an independent judiciary.”
The letter accuses Trump of showing no interest in educating himself on foreign policy and displaying “an alarming ignorance of basic facts of contemporary international politics” while at the same time boasting of knowing more about Islamic State than military generals.
“He is unable or unwilling to separate truth from falsehood,” the letter said.
“He does not encourage conflicting views. He lacks self-control and acts impetuously. He cannot tolerate personal criticism. He has alarmed our closest allies with his erratic behavior. All of these are dangerous qualities in an individual who aspires to be president and commander-in-chief, with command of the U.S. nuclear arsenal.”