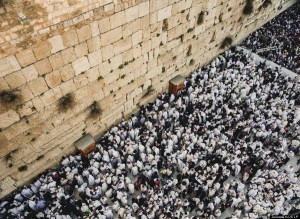 Jerusalem, Israel — July 11, 2016 … Is Jerusalem Jewish?
That is the question the UN will be addressing tomorrow.

This morning the Israeli Foreign Ministry sent an open letter to members of the UN’s Educational, Scientific and Cultural Organization (UNESCO) ahead of tomorrow’s vote on a draft resolution that denies Jewish historical linkage to Jerusalem and the Temple Mount and calls for a return to the “historic status quo” at the site.

The revised joint Palestinian-Jordanian draft resolution on “the Old City of Jerusalem and its walls” was submitted to the 21-member committee which convenes for its annual meeting in Istanbul, Turkey, on July 10 – July 20.

The text calls for a return of the Temple Mount and the Al-Aqsa Mosque (which is directly above Judaism’s most holy site – the Western Wall) to what it called “the historic status quo” following the 1967 Six Day War, under which the Jordanian Waqf religious authority had the right to administer all aspects of the sites “including maintenance, restoration, and regulating access.”

Under arrangements agreed by Israel after it captured the area, non-Muslims are allowed to visit the site but not to pray. The Palestinians says Israel is seeking to change this, a charge the Jewish state adamantly denies.

In the letter Monday, Foreign Ministry Director General Dore Gold slammed UNESCO for “considering the adoption of a completely one-sided draft resolution on the Old City of Jerusalem that deliberately ignores the historical connection between the Jewish people and their ancient capital.”

He wrote: “The resolution also fails to acknowledge Christianity’s ties to Jerusalem. It refers to the area of the Temple Mount only as a ‘Muslim holy site of worship.’” 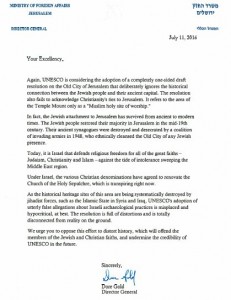 Detailing the Jewish people’s historic relations to the city, Gold said that Israel “defends religious freedom for all of the great faiths – Judaism, Christianity and Islam – against the tide of intolerance sweeping the Middle East region.”

The letter was sent to 16 of the 21 members on the committee, including Turkey, urging them to “oppose this effort to distort history.” Representatives from countries typically hostile toward Israel — Tunisia, Indonesia, Lebanon, Kuwait and Cuba — did not receive a copy of the missive.

The complex, which was the site of the two biblical temples, is considered to be Judaism’s holiest site. Muslims regard the compound — which today houses the Al-Aqsa and the Dome of the Rock mosques — as the third-holiest site in Islam.

While Jews are allowed to enter the site, their worship there is banned under arrangements instituted by Israel when it captured the area from Jordan in 1967.

In the UN document, Israel is repeatedly referred to as the “occupying power” while being accused of causing damage to the site, conducting illegal excavations and preventing the Jordanian Waqf, which administers the site, from conducting repairs and renovations. The text also also refers to the Western Wall plaza in quotation marks, after using the Arabic term Al-Buraq Plaza without qualification.

In the draft, the Jordanians and Palestinians accuse Israel of “intrusive constructions, tunneling and underground excavations” and “aggressions against religious sites and prayer places.”

The revised draft is expected to be very similar in nature and language to the April resolution which criticized Israel for “excavations and works” in East Jerusalem, and urged it to stop “aggressions and illegal measures against the freedom of worship and Muslims’ access” to their holy site. The resolution also accuses Israel of “planting fake Jewish graves in Muslim cemeteries” and of “the continued conversion of many Islamic and Byzantine remains into the so-called Jewish ritual baths or into Jewish prayer places.”

The April resolution was approved by 33 states of the 58-member body, including Russia, Spain, Sweden, France and Brazil. The latter two have since backtracked, calling their respective votes a mistake. Seventeen countries abstained while six voted against — the United States, Estonia, Germany, Lithuania, the Netherlands and the United Kingdom.

The World Heritage Committee will also issue a decision on whether to keep the Old City on its list of World Heritage sites in danger, which it has been on since 1982. 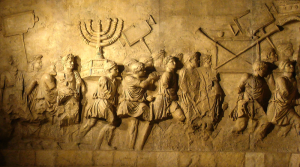 Following UNESCO’s resolution in April failing to acknowledge Israel’s historic and biblical relations to the Temple Mount, Prime Minister Benjamin Netanyahu invited all UN personnel working in the country to attend an open seminar on Jewish history at his office.

“Two weeks ago, I was shocked to hear that UNESCO adopted a decision denying any Jewish connection to the Temple Mount, our holiest site. It is hard to believe that anyone, let alone an organization tasked with preserving history, could deny this link which spans thousands of years,” said Netanyahu.

“It is hard to believe that anyone, let alone an organization tasked with preserving history, could deny this link, which spans thousands of years.”