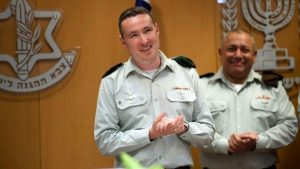 Jerusalem, Israel — May 24, 2017 … The Israel Defense Forces have promoted Col. Ronen Manelis to the rank of brigadier-general as he took up the post of IDF Spokesperson at a ceremony at the Kirya military headquarters in Tel Aviv.

Manelis said, “The combination of daily changes in the world of communications and the unique characteristics of the modern battlefield require us, as part of the IDF’s preparations for war, to prepare for this aspect as well.”

Acknowledging the “legitimate criticism” of the military by the media, Manelis said that the IDF should learn from it in order to become a better army that must “act to strengthen and preserve the public’s trust.”

Manelis, who was assistant to the chief of staff for the past two years and is replacing Maj.-Gen. Moti Almoz, said: “We must always face the realization that the IDF is an army of the people, the army of all of us. I will do everything in my power, together with the entire staff of the Spokesperson’s Office, to fulfill the tasks and meet the challenges.”

Eisenkot described Manelis as his “right-hand man” whose extraordinary qualities were apparent as a young captain in the Samaria Brigade. 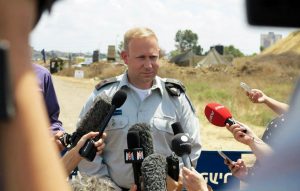 Lt.-Col. Peter Lerner, the head of the foreign press branch in the IDF Spokesperson’s Unit who became a powerful, informative asset on Twitter, will be replaced by Maj. Jonathan Conricus.

Lerner, who served in the IDF for 25 years including four years as a spokesman and head of the Foreign Press and Social Media Branch of the Spokesperson’s Unit, retired from active service on Sunday.

“I have always been on the battlefield of words, always attempting to bridge the daily reality of the average Israeli and the global understanding of that reality. Most of the time in the midst of military crisis. Over the last four years, I was at the forefront of the IDF image, sometimes in the crosshairs of the media. I always remembered that I am not the story. I would like to take a moment to remember those that fell in the defense of our country, in combat or in vicious acts of terrorism. Conveying the messages of the fallen was always the most difficult of my tasks. May their memories be a blessing.” 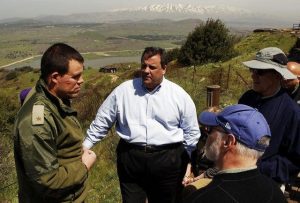 Conricus was the first Israeli to hold a position at the United Nation’s Department of Peacekeeping Operations in Manhattan.

The Spokesperson’s Unit is responsible for publishing communication announcements, quick and reliable updates via social media, guided press tours and commander training. The brigade operates daily with over 500 media outlets and 2,500 journalists and civilian agents addressing over 2,000 inquiries a month.