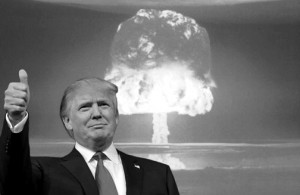 It doesn’t take a psychiatrist to see that Trump suffers from severe narcissistic personality disorder. Almost every word the man utters is about himself and how great he is. There is no doubt that Trump is intelligent and works harder than most, but the man can’t see outside a very, small bubble which covers his soul.

Rick Alan Ross, America’s leading cult expert states that Trump, like Hitler and other dictators, has created a cult. “The single most salient feature of a cult is a person who has become, essentially, an object of worship,” Ross says. They’re the “defining element of the group,” the heart of the movement.

“Cult leaders are most often narcissists,” Ross explains. “They see themselves as the center of the known universe, and everyone revolves around them. Trump’s followers don’t discuss issues, there are no issues as Trump has stated that he alone will fix everything.” 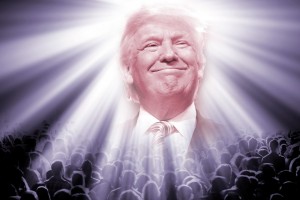 Trump’s emotional intelligence must be near genius. He has studied what motivates other human beings. He knows how to connect but his Achilles heel is that he totally lacks empathy for anyone outside his immediate family. He sees the world in the most simple of terms – black and white as to identifying only friends and enemies. Nothing in between. It’s just not there. Nor is his knowledge of many domestic and global issues including Israel and the Middle East.

When asked recently at the Republican Jewish Coalition his position on Jerusalem being the capital of Israel. Trump had no answer. Most would not hesitate for a second with a supportive answer.

He was then asked about his position on peace in Israel.

Again, the audience booed as many sat silent wondering what planet has this person been on for the last few decades?

Israel sacrifice certain things? Israel has made every effort to achieve peace with her neighbors. Aside from Jordan and Egypt, many will not say yes. It is not about land. It’s about Islamic Jihad – a holy war against Jews and Christians. It’s about Yasser Arafat being offered everything and saying no in fear of being assassinated. It’s about Iran, Hamas, ISIS and Hezbollah being obsessed with murdering the Jew by rock, knife, bullet and missile. Israel has nothing more to give. It placed Gaza on a plate and in return received missiles slamming into Israeli cities and towns. 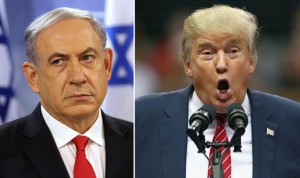 Netanyahu does not support Trump.
He believes Trump’s ban on Muslims is racist. Alon Pinkas, a former
Israeli Ambassador, confirmed Netanyahu’s position: “The prime
minister would be happy if Trump’s visit to Israel would be canceled.”

Trump truly believes he can negotiate a deal. We ask with who? Will he talk to the PA, Hamas, Hezbollah or ISIS? None of these Islamic groups agree with one another. So how are they going to agree with Israel?

But this is not Trump’s real problem with Israel. He crossed every red line with every nation in the Middle East when he proposed a ban on Muslims entering the United States. One does not ban a religion. You don’t touch Christianity, Judaism or Islam. What you do is enhance your security. Trump is not welcome in any Arab country in the Middle East. He was forced to cancel his visit to Israel as Netanyahu did not want riots breaking out at Ben-Gurion Airport or at his office in Jerusalem.

How can a world leader create a coalition, an Arab coalition against ISIS when he is banned from all Muslim nations? Donald, banning Muslims was not a really practical move except to attract votes from members of the KKK and Neo-Nazis! 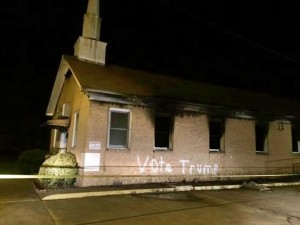 It’s not just Muslims and Hispanics. Trump supporters
burned down a church attended by Blacks. In the 1970’s
Trump was sued by the DOJ for discrimination against Blacks.

But Trump just does not get it.

He doesn’t take the time to study the roots of any social ill. He believes in attractive soundbytes, you can “just fix it” or “don’t worry, I will take care of.” Sounds good. Also sounds completely void of substance.

Trump would do well if he took the time and effort to study the social and financial problems in the US, Europe, Middle East and Far East. To say that the US is “losing to China” while he buys from China illustrates the bubble he lives in. Placing a wall on the Mexican border will not solve the immigration problem. And calling Mexicans rapists and murderers will not secure the general vote.

Trump loves chanting his slogan: “Let’s Make America Great Again.” But it is an empty slogan if he lacks the knowledge how. As long as Trump appeals to people’s fears and divides with hate rather than creating bridges, many will stand with the Pope.

Trump is not breaking away from being PC, he is downright emotionally abusive.

If Trump wants to come to Israel as the US Secretary of Commerce, we would welcome him.
But please don’t even think about offering solutions on war and peace in the Middle East and believing a soundbyte will conquer all. Trump’s soundbytes today can only incite more hate and terrorism in and around Israel. It would do good for Trump to learn from Senator Ted Cruz. Cruz is presently closing the PLO offices in Washington. Cruz is not “neutral” on Israel and the Palestinians.
Trump should ask him why.