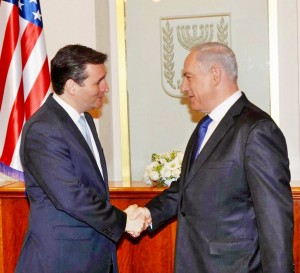 New York — February 29, 2016 … Donald Trump is a master at marketing but he is not Presidential material. That is the opinion of most Republican Jews from New York to Los Angeles.

Trump does have his blind support. If one goes to the Jewish Republicans or Jews 4 Trump Facebook groups  and criticizes Trump, some will knee jerk and call you a Liberal, Democrat for Hillary or a member of JStreet. Never mind the fact, that this writer served in the IDF for several years, consults the Israeli government and is a true Conservative, name calling could be worse in these groups than if I was confronting Hamas or Hezbollah.

“I am profoundly dismayed over the fact that Donald Trump feels that after so many  failed attempts at a peaceful negotiated settlement with the Palestinians that extended over 49 years through multiple administrations, which have always been met with a renewed round of violence against Israelis, Trump, alone, can negotiate a  peaceful settlement,” says Sarah Stern, a Jewish community leader.

“In all of his statements, he seems to suggest that there is a moral equivalency  between the knife attacks, terror shootings and vehicular attacks of the Palestinians on Israelis, and the Israelis’ response to the terrorism, as though there is no distinction between the arsonist and the fire fighter.”

“Beyond that, at the RJC candidates forum in December, Trump was the sole candidate who said that he was “unsure” whether or not Jerusalem should remain the undivided, united, eternal capital of Israel.”

Stern adds:  “If Trump believes that he can finally produce “peace”, I would be interested in knowing which segment of the Palestinian population he would be negotiating with. Would it be Hamas, Fatah, the P.A., ISIS, Palestinian Islamic Jihad, Hezbollah or the Palestinian Front for the Liberation of Palestine?”

“I have worked with many congressional offices for many years, and there is no stronger advocate for Israel and the Jewish people than Ted. We have worked closely on bringing justice to victims of Iranian and Palestinian terror and stopping the Iranian nuclear deal. Speaking as an individual, I cannot wait to work with President Cruz and turn our country around.” 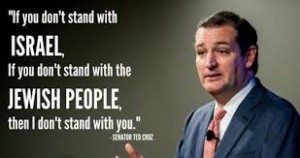 Senator Ted Cruz announced today the names of dozens of Jewish community leaders who have endorsed him for President.

The Jewish leadership coalition that they formed features a diverse group of rabbis, business, and community leaders from around the country.

“Since the day we announced our campaign, we have been honored to see tremendous support from the Jewish community,” Cruz said.

“I have been privileged to speak at synagogue services from New York to California to Florida, to celebrate Passover Seders with my friends in Texas, and to participate in events with Elie Wiesel and Rabbi Shmuley Boteach. My commitment to the nation of Israel and the Jewish people began long before my days as a senator or presidential candidate: it began with the experience my father had as a refugee fleeing oppression in Cuba to come to this country. As president, I will stand unapologetically with Israel, prevent Iran from acquiring nuclear weapons, move the U.S. embassy in Israel to Jerusalem, and cut off federal funding to any institution that adopts B.D.S. measures.”

Last summer, Cruz brought together Jewish, evangelical, and conservative groups in an attempt to stop the disastrous Iran nuclear deal.

Rabbi Zev Reichman, Rabbi in Englewood, NJ, and director at Yeshiva University said, “Ted Cruz has impressed me with his deep respect for people of faith, his dedication to protecting the US homeland, and his unflinching support for America’s greatest ally in the Middle East, the nation of Israel. A few months ago I had the privilege of spending time with Ted. He displayed a deep regard for daily Talmud study and Jewish religious practice. His respect for the beliefs of others is inspiring. I feel confident that President Cruz will defend religious liberty and preserve our First Amendment rights.”

“America and the West face an existential threat to our way of life from radical Islamic terrorists,” Reichman continued. “Cruz has been a leader in identifying this threat and boldly taking action to protect American lives. Ted has demonstrated foresight, understanding, and good judgment. Most importantly, he has demonstrated time and again that he is a leader with integrity, strength, and courage. He has introduced legislation to prevent terrorists from coming to the US and to choke off their funding. Most significantly, when the Iran deal was coming to Congress for a vote he led the efforts to stop this catastrophic deal.

“On October 6, 1943 hundreds of Rabbis marched in Washington pleading with elected officials to step in and address the dangers to Jews in Europe. President Roosevelt refused to meet with them. Their pleas for help fell on deaf ears. Millions of Jewish lives were lost.

“The Iranian regime threatens to do in six minutes what Hitler did in six years. They openly declare their hope to wipe Israel off the map. The Iranian nuclear deal has awarded this hideous regime billions of dollars, international legitimacy, and hundreds of billions of dollars of future economic growth. On September 9, 2015, hundreds of Rabbis returned to Washington to plead with elected officials to step in and reject the Iranian nuclear deal. Ted Cruz stood with us and led at that moment. President Cruz will tear up the Iran deal on his first day in office. The stakes for America, the West, and the Israel have rarely been higher. I hope and pray that the Almighty will help Ted Cruz become the next President of the United States and leader of the free world.”

This Jewish leadership coalition is in addition to a group of 25 Orthodox rabbis who endorsed Senator Cruz in December of 2015.

The following individuals are part of the Jewish leadership coalition: 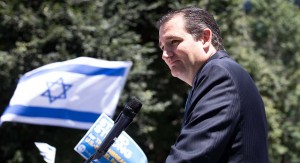 Comments on Trump’s erratic behavior and hate speech are flooding social media. The below quotes were taken from Facebook and the #NeverTrump thread on Twitter.

“General Michael Hayden stated that Donald Trump’s actions were illegal and the military would have to disobey. He’s a dangerous joke that represents a large portion of the Republican Party whose disgusted at polarization displayed by the Congress and Senate,” said Galen Lowell.

“As a Jew, I see Donald Trump as a Trojan Horse – not only a grave danger to Israel but to the USA as well,” said Susan Lockwood.

Mike Epstein states: “Trump sees an equivalence between Israel and the terrorists who are trying to destroy the State. He talks about dividing Israel. I could never support him.”

Jonathan Greenblatt, National Director of the ADL, made this comment: “It’s overdue for Donald Trump to repudiate racist endorsements, to reject their hate. The ADL is now providing information here Extremist Support of Donald Trump on some of the notable bigots inspired by Donald Trump.”

Greenblatt concludes: “Half-hearted disavowals by Trump don’t cut it.  Any presidential candidate can leave no room for ambiguity: They must stand against hate.”

In December, Israeli Prime Minister Netanyahu rejected Donald Trump’s call for a ban on Muslims entering the U.S. and canceled a meeting with Trump.

“The state of Israel respects all religion and strictly adheres to the rights of all its citizens,” he said in a statement.

“At the same time, Israel is fighting radical Islam which is attacking Muslims, Christians and Jews alike and threatens the entire world,” Netanyahu added.