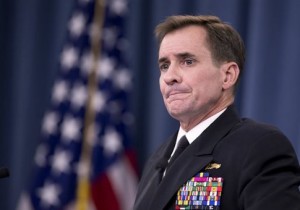 Admiral John Kirby – a disgrace to his uniform.

“It is absolutely disgusting and shameful that the Obama Administration not only refuses to stand strong with our ally in Israel, but actually has the audacity to claim that the Israelis are guilty of terrorism.

It was just 2 months ago when I walked these same Jerusalem streets where we are witnessing brutal terror attacks today. I’m praying for peace and strength for Israelis to overcome this new challenge. Israel is an important and strategic ally of the United States. The bond should be made stronger, not weaker, from America’s response.”

Zeldin continues: “It is embarrassing and harmful that State Department Spokesman John Kirby is now claiming that Israel is guilty of terrorism. It’s simply not true and dangerously creates more daylight between the United States and Israel during this critical time of need for our trusted friend and ally.

Admiral Kirby’s accusation warrants his immediate removal. He should absolutely not utter one more word on behalf of America’s foreign policy. If Secretary John Kerry refuses to speak out and discipline Mr. Kirby than Secretary Kerry needs to step aside as well.

Innocent Israelis are being attacked and murdered by terrorists. 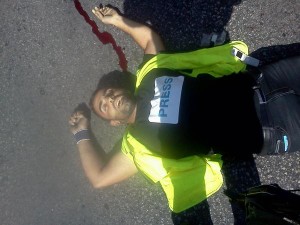 As Kirby accuses Israel of terrorism, Palestinians use any method
(including posing as journalists) to murder Jewish civilians.

We must stand with Israel now more than ever.

We must not turn a blind eye towards the reality that the Palestinian Authority is becoming increasingly controlled by Hamas, a terror group that will not rest until Israel is wiped off the map. The PA must root out Hamas and other terror elements from it’s ranks.

This past August, I personally sat down with the Prime Minister of the PA in Ramallah to share these concerns and I left even less confident that he had any intention of cracking down on this terror aspect, which is a critically important step to secure peace with Israel.”

Zeldin concludes: “Again, this is not about the U.S. fighting Israel’s battles for them. This is about the shameful, reluctance of the Obama administration to strengthen relationships with allies around the globe like Israel because of a twisted understanding of who America’s friends are and who are our enemies.”