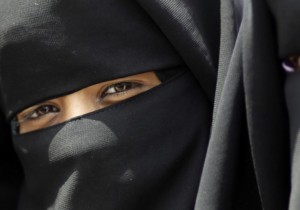 Jerusalem, Israel — November 5, 2015 … In a joint operation, the Israel Security Agency and the Israel Police, on 18 October 2015, arrested Nassrin Hassan Abdallah Hassan. Hassan is a 40-year-old Israeli citizen married to a Palestinian man who resides in the Gaza Strip, where she has lived in recent years.

In the context of her investigation by the ISA, it was learned that Hassan was recruited in October 2013 by the Kataeb al-Mujahaddin, a terrorist organization whose members have committed several attacks – including rocket attacks – against Israeli civilians in recent years.

Hassan said that she was recruited to carry out terrorist attacks inside Israel – in view of her being an Israeli citizen free to enter and move within Israel.

On two separate occasions while in Israel (January and July 2014), in accordance with instructions she received from her operators from the Gaza terrorist organization, Hassan collected intelligence on Israeli government buildings and infrastructure in Haifa, including Haifa Port, the railway station, the Interior Ministry branch, a courthouse and a synagogue, including the security arrangements in these places.

Upon Hassan’s return to Gaza she passed this information to the terrorist organization, fully aware that the information was intended to be used for Islamic terrorist operations against Jews.

In addition to collecting intelligence for terrorist attacks, Hassan was asked, and agreed, to commit attacks in Israel for Kataeb al-Mujahaddin and received training in bomb preparation.

Acting on the instructions of her operators, Nassrin turned to a number of Israeli civilians in order to recruit them for the organization’s terrorist activities. Her recruitment efforts were unsuccessful.

These were serious actions undertaken by an Israeli citizen, who is a member of a Gaza terror organization and assisted them in their efforts to commit attacks against Israel while cynically exploiting her Israeli citizenship.