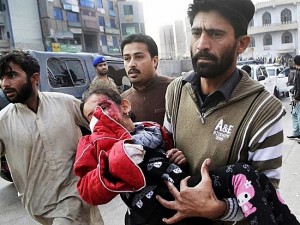 Over 130 children aged 10 to 18 were murdered by Islamic terrorists in an attack by the Taliban (formally known as Tehreek-i-Taliban Pakistan, or TTP) on a Pakistan military-run school. Some seven suicide bombers charged the school with automatic weapons and explosives.

Israel and Pakistan, which do not share diplomatic relations, do communicate. Most of the communication takes places through their embassies in Turkey. In the past they have assisted one another with INTEL on terror groups which threaten both nations. But now the time has come for both nations to normalize relations.

If not for trade, then for their children.

Both nations are respected for their moderate values in a very tough Middle Eastern neighborhood. The people of both nations share much in common with an accent on agriculture, high-tech, education and love for family.

The days of Israel labeling Pakistan “an antisemitic state” and Pakistan counter-labeling Israel “a Zionist and racist state” must be replaced with the sharing of intelligence that will save lives and create bridges between the Jewish, Christian and Muslim communities.

Islamic terror groups, ISIS, Hamas, Islamic Jihad, Taliban, Hezbollah and al-Qaeda target Jews and Christians as “infidels” which they state need to be destroyed in a Jihad or Holy War. But the hatred shared by these terror groups is far greater for Muslims who embrace Western values. Democracy, equal rights for women and free speech is not tolerated by the Taliban in Pakistan. 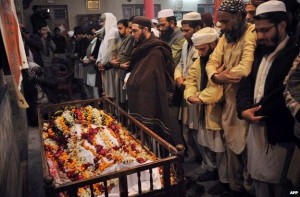 The Pakistan Taliban are against Western-style education for children and the employment of women. Most famously, their terrorists shot schoolgirl education activist Malala Yousafzai in the head in 2012 as she traveled on a school bus. She survived to receive a Nobel Peace Prize last week.

As Israel quietly extends condolences and humanitarian aid to the families who lost loved ones in Peshawar, Pakistan must realize one thing.

The blood of Jewish and Muslim children is the same. 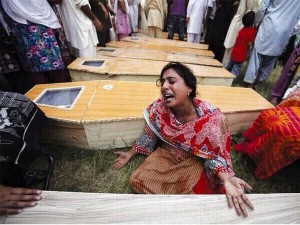 There is no reason on this good earth that these children should not be protected with any and all security assets available. Respect, understanding and tolerance must now transcend hate, propaganda and mistrust.

Pakistani Prime Minister Nawaz Sharif condemned the assault in Peshawar and rushed to the area to show his support for the victims.

The prime minister vowed that Pakistan would not be cowed by the violence and that the military would continue with an aggressive operation to neutralize terrorism.

“The fight will continue. No one should have any doubt about it,” Sharif said.

Sharif and his government should, without delay, include democratic Israel in this fight.