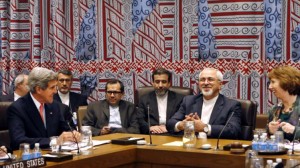 Jerusalem, Israel — March 24, 2015 … Allegations of Israeli spying on Obama’s negotiations with Iran were exposed as false today by members of the US Congress.

Members of Congress were both surprised by and dismissive of a Wall Street Journal story that the Israeli government spied on the Iranian nuclear weapons negotiations and leaked information on the developing agreement to US legislators.

More than a half-dozen lawmakers in both parties and chambers denied receiving such briefings from Israel.

“If anyone has a right to complain, one would think it would be the Israelis who are being spied on by the US as they seek means to defend their very survival,” said one Israeli security source. “If Israel had gathered any information it would most likely be from Iranian sources.”

Israel denied that it spied on the US.

“There is no way,” Israeli Defense Minister Moshe Ya’alon said about the prospect of spying on the United States.  He also said Israel received no complaints of such spying from the US., which the former military chief and head of military intelligence said would be expected in such a case.

“Israel does not spy on the United States, period, exclamation mark,’’ Yuval Steinitz, Minister for Intelligence and Strategic Sffairs, told Israel Radio on Tuesday. “Whoever published those false allegations possibly wanted to damage the excellent intelligence cooperation between us and the United States.”

“I’m not sure what the information was. But I’m baffled by it,” Speaker John Boehner told reporters on Capitol Hill on Tuesday. “No information (was) revealed to me whatsoever” on the talks.

Senate Foreign Relations Committee Chairman Bob Corker, too, said he hadn’t been privy to any leaks from Israeli officials and joked to CNN that he felt “left out” after he saw the WSJ report.

Corker hinted to reporters that he felt the Wall Street Journal report was a continuation of a harassing, destructive and obsessive White House effort against Israel.

“I think y’all all understand what’s happening here. I mean, you understand who’s pushing this out,” he said.