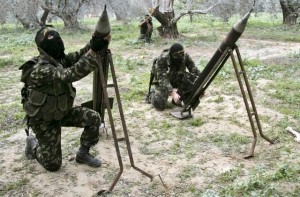 Washington — March 24 … Of all the idiocies uttered in reaction to Benjamin Netanyahu’s stunning election victory, none is more ubiquitous than the idea that peace prospects are now dead because Netanyahu has declared that there will be no Palestinian state while he is Israel’s prime minister.

I have news for the lowing herds: There would be no peace and no Palestinian state if Isaac Herzog were prime minister either. Or Ehud Barak or Ehud Olmert for that matter.

The latter two were (non-Likud) prime ministers who offered the Palestinians their own state — with its capital in Jerusalem and every Israeli settlement in the new Palestine uprooted — only to be rudely rejected.

This is not ancient history. This is 2000, 2001 and 2008 — three astonishingly concessionary peace offers within the last 15 years. Every one rejected.

The fundamental reality remains: This generation of Palestinian leadership — from Yasser Arafat to Mahmoud Abbas — has never and will never sign its name to a final peace settlement dividing the land with a Jewish state. And without that, no Israeli government of any kind will agree to a Palestinian state.

Today, however, there is a second reason a peace agreement is impossible: the supreme instability of the entire Middle East. For half a century, it was run by dictators no one liked but with whom you could do business.

For example, the 1974 Israel-Syria disengagement agreement yielded more than four decades of near-total quiet on the border because the Assad dictatorships so decreed. 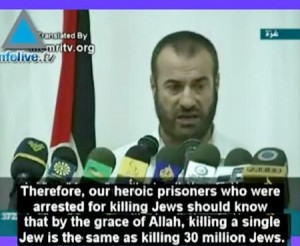 That authoritarian order is gone. Syria is wracked by a multi-sided civil war that has killed 200,000 people and that has al-Qaida allies, Hezbollah fighters, government troops and even the occasional Iranian general prowling the Israeli border.

Who inherits? No one knows.

In the last four years, Egypt has had two revolutions and three radically different regimes. Yemen went from pro-American to Iranian client so quickly the U.S. had to evacuate its embassy in a panic. Libya has gone from Moammar Gadhafi’s crazy authoritarianism to jihadi-dominated civil war.

On Wednesday, Tunisia, the one relative success of the Arab Spring, suffered a major terror attack that the prime minister said “targets the stability of the country.”

From Mali to Iraq, everything is in flux. Amid this mayhem, by what magic would the West Bank, riven by a bitter Fatah-Hamas rivalry, be an island of stability? What would give any Israeli-Palestinian peace agreement even a modicum of durability?