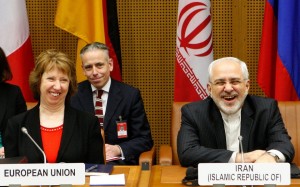 Iran, Obama and the EU.
Do they care if Israel is attacked with nuclear weapons?

Jerusalem, Israel — July 14, 2015 … Just when one thought that the Middle East could not deteriorate any further, Obama pens an agreement with Iran. At the time that Obama and Iran agreed that the Islamic terror state could keep their nuclear program and receive 18 billion dollars as an award, rockets from Hamas in Gaza were slamming Israel. Protestors in Iran are chanting death to America.

Let’s try to understand this.

As you read these words, Iranian backed Hamas is launching rockets at Israel and Obama is giving Iran the money to attack Israel.

Are you confused? One would ask: “Isn’t Israel and the US allies? Strong allies?”

It will be several years after Obama leaves the White House that the Iranians will be permited to have nukes. But in that time, what other nations in the Middle East will be forced to acquire nuclear weapons?

Is Obama making the Middle East a safer or more dangerous place?

Sure, under his term as President it appears that he is creating a peace agreement. But that agreement is no different than Chamberlain’s appeasement agreement with  Hitler. It bought a few years and then Hitler took over Europe. Millions died. Millions were gassed and burned in ovens.

The Jews of Israel are the not Jews of Europe. One Holocaust was enough.

Obama does not get it. He can allow Iran and Islamic Jihad to threaten the US, but Jews in Israel will not, cannot accept a second Holocaust. Obama has threatened to shoot down Israeli aircraft if they attempt to destroy Iran’s nuclear facilites. Will that stop Israel and other states in the Middle East in preventing a nuclear Holocaust?

Is Obama declaring war on Israel, Jordan and Saudi Arabia?

“The world is a much more dangerous place today than it was yesterday. 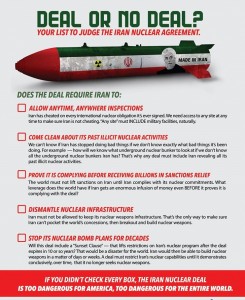 The leading international powers have bet our collective future on a deal with the foremost sponsor of international terrorism. They’ve gambled that in ten years’ time, Iran’s terrorist regime will change while removing any incentive for it to do so. In fact, the deal gives Iran every incentive not to change.

In the coming decade, the deal will reward Iran, the terrorist regime in Tehran, with hundreds of billions of dollars. This cash bonanza will fuel Iran’s terrorism worldwide, its aggression in the region and its efforts to destroy Israel, which are ongoing.”

“Amazingly, this bad deal does not require Iran to cease its aggressive behavior in any way. And just last Friday, that aggression was on display for all to see.

While the negotiators were closing the deal in Vienna, Iran’s supposedly moderate President chose to go to a rally in Tehran and at this rally, a frenzied mob burned American and Israeli flags and chanted ‘Death to America, Death to Israel!’

Now, this didn’t happen four years ago. It happened four days ago.

Iran’s Supreme Leader, the Ayatollah Khamenei, said on March 21 that the deal does not limit Iran’s aggression in any way. He said: ‘Negotiations with the United States are on the nuclear issue and on nothing else.’

And three days ago he made that clear again. ‘The United States’, he said, ’embodies global arrogance, and the battle against it will continue unabated even after the nuclear agreement is concluded.’ 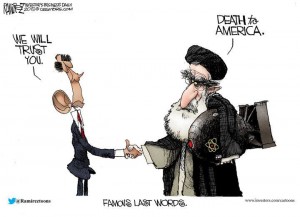 Here’s what Hassan Nasrallah, the head of Iran’s terrorist proxy Hezbollah, said about sanctions relief, which is a key component of the deal. He said: ‘A rich and strong Iran will be able to stand by its allies and friends in the region more than at any time in the past.’

Translation: Iran’s support for terrorism and subversion will actually increase after the deal.

In addition to filling Iran’s terror war chest, this deal repeats the mistakes made with North Korea.

There too we were assured that inspections and verifications would prevent a rogue regime from developing nuclear weapons.

And we all know how that ended.

The bottom line of this very bad deal is exactly what Iran’s President Rouhani said today: ‘The international community is removing the sanctions and Iran is keeping its nuclear program.’

By not dismantling Iran’s nuclear program, in a decade this deal will give an unreformed, unrepentant and far richer terrorist regime the capacity to produce many nuclear bombs, in fact an entire nuclear arsenal with the means to deliver it. 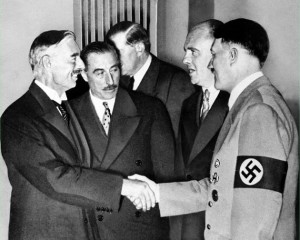 What a stunning historic mistake!

We will always defend ourselves.”

One must ask one question after witnessing the White House sign an agreement that arms the enemies of her allies.

How can Obama defend and provide security for Israel when he turns his back on his own citizens?