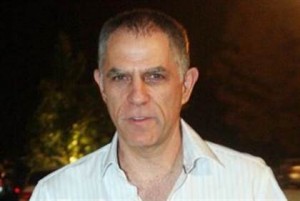 Netanyahu: “Arnon Moses will use
every tool to destroy our government”

Jerusalem — February 9, 2015 … In a post uploaded to Facebook, Prime Minister Benjamin Netanyahu accused the publisher of the Yediot daily and its Website YNET, of being: “the key factor behind the wave of smears against me and my wife.”According to Netanyahu, Moses would use any tool to bring him and Likud down and close the Israeli newspaper Israel Hayom, which is owned by Netanyahu friend and American billionaire Sheldon Adelson. “In recent weeks, the attacks on me do not just appear once a day, in the morning, when Yediot Aharonot is distributed. They are published almost every hour, and sometimes every half hour on YNet. These two platforms initiate and time ridiculous, false and biased slanders against me and my wife as part of a media campaign to replace the Likud government by a left-wing one and allow Noni Moses to take over the media market again,” the post reads.Netanyahu also accused the publications of using former Prime Minister’s Residence workers, “who are trying to illegally get money from the state,” a reference to the residence’s disgruntled former superintendent, Meni Naftali.“I’m not saying all criticism against me comes from Noni Moses,” the prime minister added. “There are many in the press who do their job faithfully. They criticize the government in a way that is relevant, even if it is sharp.”However, Netanyahu wrote, Moses is doing something else entirely.“A business man with long arms in the media is running a systematic smear campaign against a sitting prime minister, to change the government of Israel, for clear business interests and personal monetary gain,” he asserted.

“This is only the tip of the iceberg. I will expand on this.”