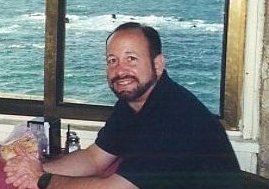 Joel Leyden, whose Zionism goes back to working for HIAS, UJA-Federation, served as an Israeli war volunteer, has served as a senior media and cross-cultural communications consultant to the Israel Ministries of Foreign Affairs, Trade, Tourism and Defense and the US State Department. Leyden served as an officer in the Israel Defense Forces International Spokesperson’s Office, in addition to serving in the MAGAV Anti-Terrorism Unit, Combat Engineers, IDF Liaison Officer to the United Nations and co-created the IDF Cyber and Social Media Unit. 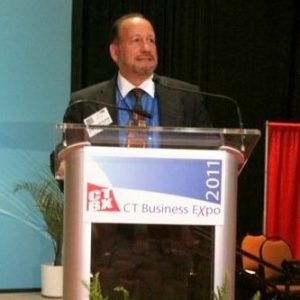 Leyden has worked as an international media consultant for the Israel Prime Minister’s Office, Ehud Olmert, the prime minister of Israel [4], Shimon Peres, the office of Benjamin Netanyahu, Israel Ministry for Foreign Affairs, the Israel Ministry of Trade and Industry, the Israel Ministry of Tourism and the Israel Defense Forces [5][6] where he was awarded a commendation for his crisis communications work during Operation Defensive Shield.
When Israeli Astronaut Col. Ilan Ramon perished in the Space Shuttle Columbia disaster on February 1, 2003, Leyden prepared the first communications to the media from the IDF. 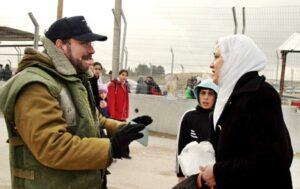 Leyden, a political centrist, has also served as a humanitarian officer at several IDF security check posts and promoted the concept [7] of improving relations with the Palestinians at one of the very few points of contact between Israelis and Palestinians – Israeli security checkpoints. Today, Leyden serves as the Executive Director of the Center Against Anti-Semitism and Jews Against Hate.

Joel Leyden also served as senior media advisor to the International Coalition for Missing Israeli Soldiers [8]where he succeeded in having former PA / PLO leader Yasser Arafat admit that he knew where the IDF soldiers were and provided the dogtag of Zaharia Baumel to then Israel Prime Minister Yitzhak Rabin. 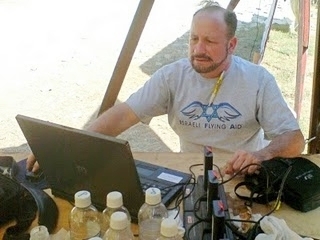 On Facebook, Twitter and Google getting the word out (using a gas generator)
in Haiti on the humanitarian work that the Israel Defense Forces rescue
and medical teams were performing in saving lives. 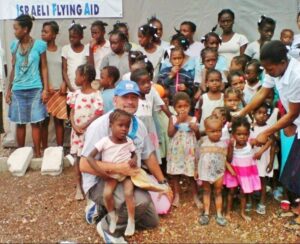 Joel Leyden, who is a professional cross-cultural consultant and served as Director for Berlitz’s Middle-East Cross Cultural programs, has created dozens of local and international community and professional social media forums in Facebook, Twitter and Instagram.

During the IDF Operation Grapes of Wrath Leyden provided free Internet service to the hundreds of Israeli children who were confined to air raid shelters in northern Israel. 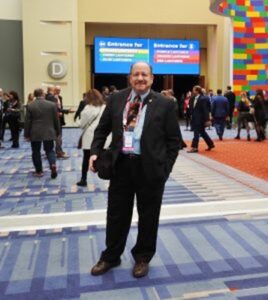 Joel Leyden, the father of three children, is a leading father’s and children’s rights activist in Israel advocating equal access and reforms in Israel’s gender bias family court custody laws and public child welfare departments for children of separated and divorced parents in Israel.
In 2008, Joel created the Family First party and ran for mayor of the city of Ra’anana, Israel.
He was not interested in securing the office, but as stated in the Haaretz newspaper, wanted to make father’s rights, children’s rights and the practicing of gender bias discrimination in Ra’anana’s Child Welfare department a campaign issue. 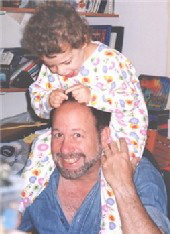 Leyden served on the first board of directors of the Alzheimer’s Association in New York City.
As a former ski racer and licensed ski instructor, Leyden has promoted the Israeli Mt. Hermon ski resort. Joel Leyden was also responsible for coordinating the first marathon run through the streets of Jerusalem. 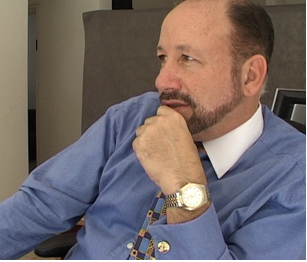 Joel Leyden has worked with HIAS, the United Jewish Appeal, the Israel Forum, the Israel Chamber of Commerce, the Association for Missing Israel Soldiers and the Israel Export Institute, served as a senior editor at the Jerusalem Post [16] and as a media adviser to the Israel Government Press Office. 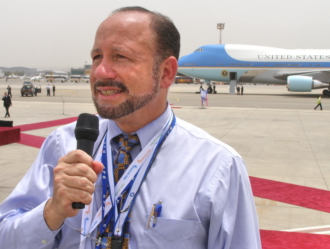 Leyden reporting for the Israel News Agency on the historic visit of
US President George W. Bush to Israel for her 60th birthday.

Joel Leyden is the Director of Jews Against Hate which confronts
anti-semitism and all forms of racism off and online.

Joel, a pioneer in Web 2.0, lectures on the development of Internet, digital marketing, digital diplomacy, crisis communications, reputation management, global security threats to Israel and the Jewish community in Israel and North America. 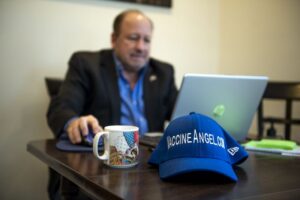 Leyden’s most recent project from January 2021 is VaccineAngel.com, the largest, most successful Covid-19 vaccine advocacy organization in New England with a membership of over 25,000 reaching hundreds of thousands throughout the United States. Leyden is also the director of Israel Humanitarian Aid, providing food to homeless shelters and food pantries in the New York and Connecticut region.

Joel Leyden, who has university degrees in journalism, psychology and mass communications, resides in Ra’anana, a suburb north of Tel Aviv, Israel, Connecticut and New York.

Click here for articles you will receive when performing a search on Google for Joel Leyden. 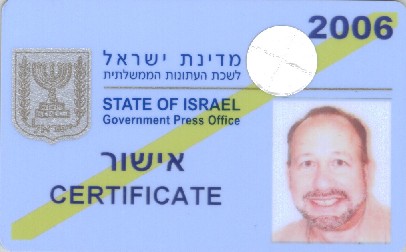