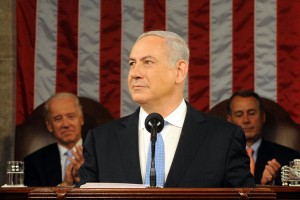 Israel will not allow Iran to have nuclear weapons.

“As Israeli-Americans who see it as our mission to strengthen the relationship between the United States and Israel, we believe that members of Congress need to hear the elected leader of the United States’ strongest Mideast ally about the serious challenge we face together – preventing a nuclear Iran,” said Evenhaim.

“Israel is the only democracy in the Middle East and is the United States’ closest friend. When a prime minister of Israel accepts an invitation to address Congress, especially about this critical shared goal, we believe legislators need to hear him. Not listening is unhelpful.”

Evenhaim also emphasized that the IAC is a non-political organization.

“We are not taking any side in any political arena, but we believe Congress should hear the elected leader of Israel – the only free democracy in the Middle East. The threat of a nuclear Iran is a threat to world peace, transcending domestic, political and partisan agendas. The IAC believes that members of Congress should hear any Israeli prime minister, of any party, on topics of mutual concern.”

Senators Richard Durbin and Dianne Feinstein extended the invitation “to maintain Israel’s dialogue with both political parties in Congress.”

ADL Director Abraham H. Foxman, who the organization said plans to attend Netanyahu’s speech, said: “the speech deserves support from both sides of the aisle.”

“This is a time for Members to transcend the political controversy and come together to underscore the broad support for Israel’s security and understanding of its unique concerns about the threat of a nuclear Iran,” said Foxman.