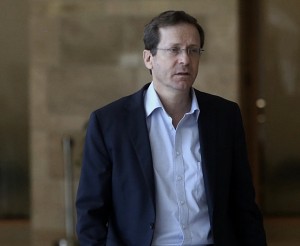 Jerusalem — March 16 … An annual security report delivered recently to the US Senate by James Clapper, the director of National Intelligence, removed Iran and Hezbollah from its list of terrorism threats, after years in which they were featured in similar reports.

In describing Iran’s regional role, the unclassified version of the Worldwide Threat Assessment of the US Intelligence Communities, dated February 26, 2015, noted the Islamic Republic’s “intentions to dampen sectarianism, build responsive partners, and deescalate tensions with Saudi Arabia,” but cautioned that “Iranian leaders—particularly within the security services—are pursuing policies with negative secondary consequences for regional stability and potentially for Iran. 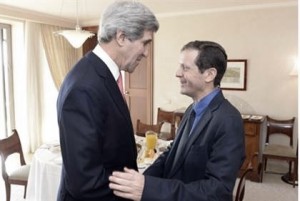 “Itzhak, if you work with us we will
make sure OneVoice, V15 gets you in.”

Iran, which is developing nuclear weapons and has sworn as recently as this week to wipe Israel off the map, controls the Hezbollah terror organization with over 50,000 missiles in Lebanon and Hamas which is rebuilding terror tunnels into Israel from Gaza.

In November 2014 Iranian General Mohammad Ali Jafari declared: “The range of our missiles covers all of Israel today.  That means the fall of the Zionist regime, which will certainly come soon.”

In December of 2014, PM candidate Isaac Herzog, who has very limited military and no geopolitical experience, stated: “I trust the Obama administration with Israel’s security.”