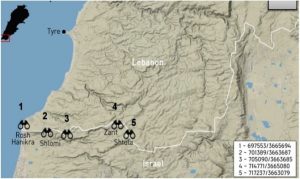 New York, New York — June 23, 2017 … Israel’s Ambassador to the UN Danny Danon has presented a letter to the President of the UN Security Council H.E. Sacha Sergio Llorenty Soliz and to the UN Secretary General, demanding a strong and appropriate response to Hezbollah’s ongoing military buildup using the cover of civilian activities in southern Lebanon, in clear violation of UNSC resolutions 1701 and 1559.

I am writing to alert you once again of the dangerous and destabilizing actions of the Iranian proxy, Hezbollah, in our region.”

“Hezbollah, an internationally designated terrorist organization, continues to unabatedly strengthen its military infrastructure in the villages of southern Lebanon, in clear violation of Security Council resolutions 1701 and 1559. Evidence of Hezbollah’s unremitting violations mounts by the day and cannot be overlooked.”

“The international community cannot continue to turn a blind eye to Hezbollah’s flagrant violations of UNSC resolutions 1701 and 1559.”

“Over the past few months, Hezbollah established observation posts near the Blue Line, mainly in the western section of the region (see attached in appendices 1-2 exact coordinates of the posts and a picture of a post).”

“These posts were erected under the guise of an agricultural NGO known as “Green Without Borders,” the activities of which are defined and at times funded by Hezbollah.

The well-documented proof of Hezbollah’s dangerous provocation verifies that Hezbollah conducts reconnaissance activity near the Blue Line and disguises it as civilian activity, in clear violation of UNSC resolutions 1701 and 1559.”

“Last April, a United Nations Interim Force in Lebanon (UNIFIL) patrol was denied access by a group of locals to an observation post flying the “Green Without Borders” flag.”

“Such obstructions to UNIFIL’s operations in the area are unacceptable. These impediments prevent UNIFIL from fully executing its mandate to monitor the implementation of UNSC resolutions and maintain stability in the area.

Hezbollah’s continued military buildup and destabilizing activities in southern Lebanon have serious repercussions on both regional stability and the ability of the Lebanese government to effectively control its country.” 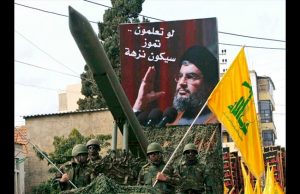 “The United Nations, the international community cannot continue to turn a blind eye to Hezbollah’s flagrant violations of UNSC resolutions 1701 and 1559.”

“I call on the UN Security Council to demand that the government of Lebanon dismantle these observation posts immediately, and prevent any future activity of Hezbollah and its affiliates in southern Lebanon, particularly near the Blue Line. It is imperative that the council sends a strong message to the Government of Lebanon and demand that it fully implement UNSC resolutions 1701 and 1559, not only in words, but in clear and concrete actions.”

I should be grateful if you would have this letter distributed as an official document of the Security Council. I wish to inform you that an identical letter has been sent to H.E. Mr. António Guterres, Secretary-General of the United Nations.
Please accept, Excellency, the assurance of my highest consideration.

Hezbollah, also known as The Party of God, is an international Shi’a Muslim terrorist group fighting against Israel and “western imperialism” in Lebanon. The Iranian backed group does not recognize the legitimacy of the State of Israel and it has been labeled as a foreign terrorist organization (FTO) by the U.S. State Department since October 1997.

The US Department of Justice recently announced the arrest of two Hezbollah men, one in New York and another in Michigan, for allegedly plotting attacks in New York and the U.S. and Israeli embassies in Panama.