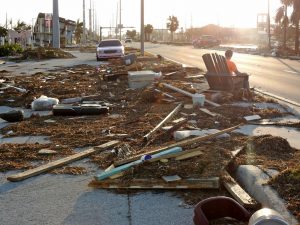 Key West, Florida — September 17, 2017 … It was Hillel who said: “If I am only for myself, who am I? If not now, when?” It was with these words that Israel’s national search and rescue team United Hatzalah (or IsraelRescue.org) dispatched an emergency mission to the United States to provide search, rescue and medical services.

As Hurricane Irma’s winds started to break trees, homes and hearts in Florida, 12 Israelis arrived in Atlanta from Israel and were joined by Israeli Americans who work in the US. 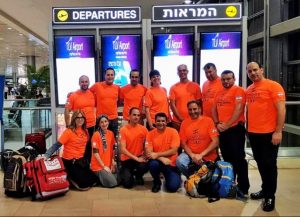 Hurricane Irma was the most powerful hurricane ever recorded as it left a trail of destruction through the Caribbean and Florida. Irma’s maximum wind speeds reached 185 mph and left over 70 people dead.

I stood in the baggage claim area with a tall Israeli flag sticking out from my daypack eager and ready to greet these Israelis who just left the safety and comfort of their homes for what would be a disaster area.

Coming from one of the exit doors was a smiling Israeli who said to me: “Joel, what are you doing? We have our cars and are waiting for you!”

Without one minute’s delay, the group went to a local outdoor sports store and started to stock up on emergency provisions. From red waterproof jackets and waterproof boots to emergency ropes and granola bars – we stocked up for the worst.

Our first stop was Congregation Beth Jacob which was currently hosting over 1,000 evacuees from Florida and wanted to break bread with us before we headed south for Florida.

FOX News caught up to us there: 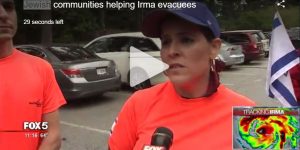 Before departing for points south, I called the Georgia and Florida Highway Police. Both agencies stated that it was too dangerous to travel. So dangerous that they were not even deploying their own troops. I relayed this information onto the mission leader, a very seasoned search and rescue professional. His response: “We are going.”

Our next stop was a Jewish Senior care center in Savannah. On the way we spoke with several Georgia state police, offering them food and water. We had their back and they had ours. We drove through several flooded roads and streets to reach these seniors. 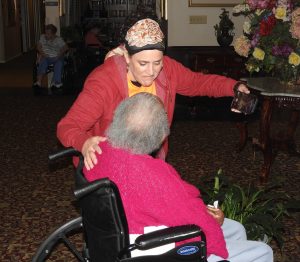 Upon arrival we saw they had no electricity but their generator was running fine. Emergency lights, air conditioning, stoves, medical monitors and the charging of computers and phones were up and running. Our psychological trauma team went right to work counseling every senior they came in contact with. Many were confused and disoriented.

Our team put them at ease within minutes. 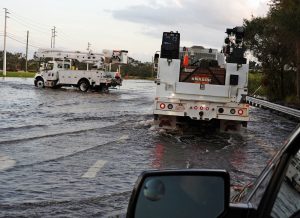 Now it was onto Miami. Evidence of Irma’s destructive winds were everywhere.

Power lines were down, Palm trees were snapped into two, many of Miami’s streets were turned into fast flowing creeks. We made it to Tower 41, a condo building which housed two synagogues and became a command center for staff and volunteers from Hatzalah Miami, Hatzalah New York and Hatzalah Israel. 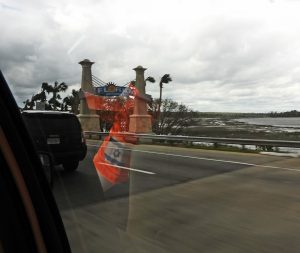 We made immediate plans to travel out to the Chabad Center in Naples which was slammed by Irma’s 140 MPH winds. After a 2 hour drive we arrived at the Center.
They had no power yet were planning to make lunch for 1,000 people.

Chabad, one of the sweetest Jewish organizations on earth, always ready to help their communities was now grateful for us helping them.

The Rabbi’s wife, seeing us in our orange rescue shirts and blue and white Israeli flag hats, had tears in her eyes. 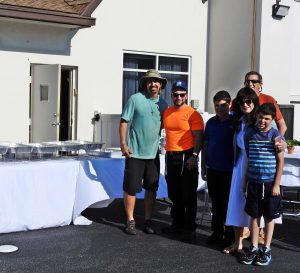 She said this from a place of deep suffering. Everyone around us was suffering. Their pain could not be more visible.

They had lost everything.

We decided to turn back to Miami and prepare for the Florida Keys. From what we heard it was totally destroyed.

The police used the word: inhabitable. 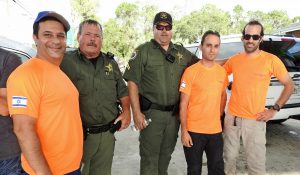 We split into three teams. Each team had a walkie talkie to maintain constant communication.

For those still in the Keys, they had no telephone, no Internet, no Facebook or Twitter, no messaging. They had no communication except for their radios. And if they had a radio and had batteries for their radios they would hear emergency broadcasts as to where the US Navy would drop water and food. 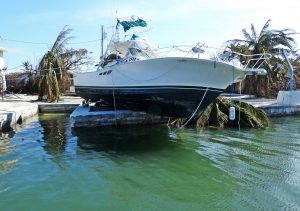 The team I was with was preparing to go house to house. Knocking on every door to see if anyone needed help. This was not an easy task as looting was abundant and shootings were becoming common. We needed to get close to the house without setting foot on their property.

In many cases, the elderly could be hard of hearing, we were forced to knock loudly on front doors and windows. In one home we discovered a man in his eighties, without food and water who was wheelchair bound and had been sitting in his own feces for over 72 hours.

We were the only ones going house to house. 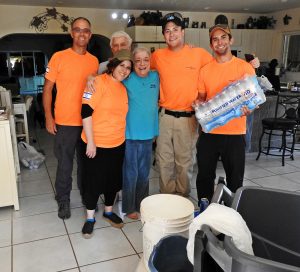 Between homes we spotted two giant Navy helicopters. We drove towards the point where they were landing. It was the parking lot of a Sears shopping center. We quickly discovered that we and volunteers from a Minnesota police department were the only ones on scene. We helped unload hundreds of cases of water and military ready to eat meals. 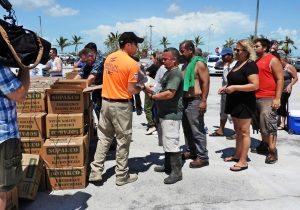 Thousands of Key West residents lined up in the 95 degree heat and high humidity to receive these precious water bottles and meat ravoli from the US military.

We stood there sweating buckets as we placed 4 plastic covered ready made meals in the hands of those hurricane victims standing before us. They would then walk behind us and pickup a case of water.

Each and every person tried so very hard to say thank you. 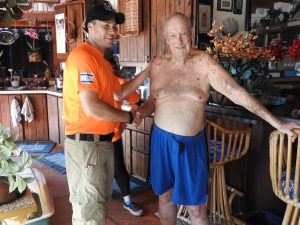 It was truly an effort in this hellish environment. We had to break this deeply depressing contact and with a huge, warm smile started to greet the weary with a loud “good morning Florida” welcome. 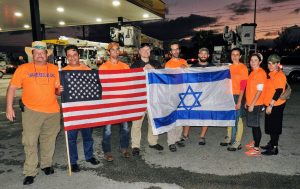 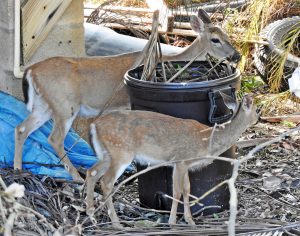 Just before arriving at one of the last homes we had on our list to check, we came upon some wild deer. They were seeking cover under the homes. It was a family of deer. They had survived the storm. They were now chewing on the grass, grazing, staying close to one another.

As I approached one of them she did not flee. Rather, very gently she walked over to me. I looked at her with tears in my eyes and said softly: “The storm is over. The sun is out. There is no more wind. You are going to be fine.”