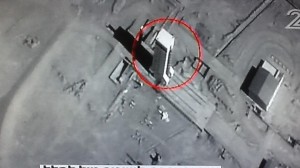 An Iranian missile which has the ability to hit the US.

Jerusalem — January 22, 2015 … The Israeli espionage agency, Mossad, in a rare public statement says that they do support Israel Prime Minister Netanyahu’s and US Congress’s effort to enhance sanctions on Iran.

Misinformation spread by the Obama White House earlier today, using Bloomberg News, had stated that the Mossad did not agree with Netanyahu’s stance on placing tougher sanctions against Iran.

Israel has argued that Iran is using “peace talks” as an excuse to develop both nuclear weapons and a delivery system for the nuclear weapons to attack Israel, Europe and the US.

The Mossad statement said: “Mossad chief Tamir Pardo met with a delegation of American senators on January 19, 2015. The meeting was held at the request of the senators and with the approval of the prime minister. Contrary to the report, the head of the Mossad did not say that he opposed additional sanctions on Iran. The Mossad chief emphasized in the meeting the remarkable efficacy of the sanctions imposed on Iran over the last few years in bringing Iran to the negotiating table.”

“The Mossad chief stated that when negotiating with Iran, the ‘carrots and sticks’ approach needs to be taken and at present, there aren’t enough ‘sticks.’ The Mossad chief noted that without strong pressure, it would not be possible to bring to meaningful compromises from the Iranian side.”

“As for the use of the term ‘grenade’, the Mossad director did not use that with regards to imposing sanctions, which, as mentioned, he considers to be the ‘sticks’ that would aid in achieving a good agreement. He used the term ‘grenade’ to describe the possibility of creating a temporary crisis in the talks, at the end of which the negotiations will be renewed under better terms. The Mossad chief specifically stated that the agreement currently being formulated with Iran is bad and might lead to a regional arms race.”

The inaccurate Bloomberg report was printed after US House Speaker John Boehner invited Prime Minister Benjamin Netanyahu to speak in front of a joint session of Congress about the Iranian nuclear threat.

The Mossad does not make a habit of “lobbying” US politicians nor does the Mossad disagree openly with Israel’s Prime Minister on security issues.

“The fraudulent claims against the Mossad head were raised by the Americans yesterday, despite a message that had been transmitted to them on Tuesday by Intelligence Minister [Yuval] Steintz,” a senior Israeli source told Israel Channel 2 news.

He added that Israel had gone over the minutes of the meeting between Pardo and the delegation of senators, and that Pardo had not said what was attributed to him.

“Leaking the Mossad director’s statements, even if they had not been falsified, is a serious breach of all the rules,” the senior source said.

“Friends do not behave like this. Information from a secret meeting must not leak out.”

Israeli Prime Minister Benjamin Netanyahu will address Congress on March 3, House Speaker John Boehner announced Thursday. President Obama has now stated that he does not plan to meet with him.

Netanyahu stated: “I am honored by this invitation, which reflects the special friendship shared by Israel and the United States as well as the strong bipartisan support for Israel across America.

Just last week I discussed with President Obama the common challenges we face from Islamist extremism, including resurgent terrorism and Iran’s pursuit of nuclear weapons.

I look forward to being able to share with the joint session Israel’s vision for working together to address these threats and to reiterate Israel’s commitment to the bond that unites our two democracies.”