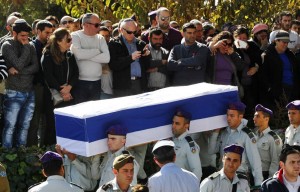 IDF Major Yochai Kalangel leaves behind a wife and child;
St.-Sgt. Dor Haim Nini was buried in his home-village of Shtulim.

Jerusalem — Hezbollah guided missiles killed an Israeli infantry major and a soldier as they rode in unmarked civilian vehicles along the Lebanese border on Wednesday.

The IDF responded by launching an artillery and air barrage, and a Spanish UN peacekeeper was killed. Israel said on Thursday that its deputy foreign minister met the ambassador to voice regret at the death and promise an inquiry.

Wednesday’s fire fight was one of the most serious on that border since 2006, when Hezbollah and Israel fought a 34-day war. Quiet returned on Thursday.

At the start of the discussion, Prime Minister Netanyahu said, “I would like to send condolences to the families of the fallen and my best wishes for a full recovery to our wounded soldiers. Whoever is behind today’s attack will pay the full price. For some time, Iran – via Hezbollah – has been trying to establish an additional terrorist front against us from the Golan Heights. 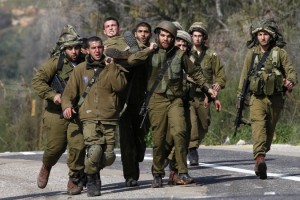 Yaalon described Israeli forces on the Lebanese border as being vigilant, but not on war footing.

“I can’t say whether the events are behind us,” he told Israel Radio. “Until the area completely calms down, the Israel Defense Forces will remain prepared and ready.”

In Israel, schools in the North reopened today, as did Mount Hermon ski resort. 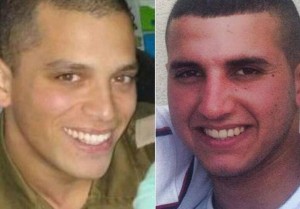 Analysts stated that Israel, fresh from a summer war with Hamas in Gaza and heading for a general election in March, was not eager for a full-scale conflict.

“Hezbollah has 100,000 rockets, compared with the 10,000 of Hamas,” the Palestinian Islamist group which controls Gaza, said analyst Boaz Ganor of the Herzliya Interdisciplinary Center.

“The human cost of such a war would be enormous, and no Israeli leader will be pro-active in this direction,” he said.

As for Hezbollah, it is deeply involved in Syria’s civil war, fighting with President Bashar al-Assad’s forces against mostly Sunni rebels.

“Hezbollah is very busy in Syria; the last thing that it needs is a second front,” said Yaakov Amidror, a former IDF major general.