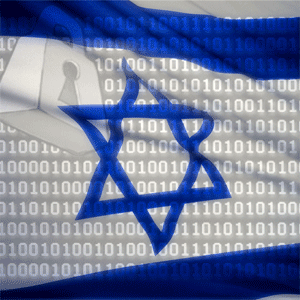 Jerusalem, Israel — September 21, 2014 … The following was communicated by the Israel Prime Minister’s media adviser to the Israel News Agency.

“Today, the Cabinet will approve a NIS 1.3 billion supplement for Sderot and the communities in the area adjacent to the Gaza Strip. This is the largest investment that the State of Israel has ever made in this area. This is in addition to the NIS 417 million that we transferred during Operation Protective Edge. We are developing a new industrial zone in Sderot, transportation infrastructure in the area and are encouraging young people and students to move to the area adjacent to the Gaza Strip.

We came to this country to build and to be built. We came to this part of our land in order to build and be built in it and nobody will uproot us. We will strengthen our hold and our development of this area just as in other areas. I say ‘as in other areas’ because on Tuesday we will submit for Cabinet approval a supplement regarding an approximately NIS 2 billion in additional funds for the communities and cities of the south. In the framework of this decision, we will build a new hospital in Be’er Sheva, in addition to the hundreds of additional beds for the existing Soroka Medical Center.

We will connect new natural gas infrastructures for the benefit of factories in the south. We will invest in initiatives to connect the Negev in the framework of the Digital Israel program. We will encourage small and mid-size businesses. We will develop tourism and all aspects of life including the important cyber aspect for all residents of the Negev, including Bedouin. This is a deep commitment on our part. I think that it has found expression.

I mentioned the word ‘cyber’. I would like to update the public and the Cabinet that I decided last week to develop a national authority on the cyber issue to arrange and see to defending the entire State of Israel on the cyber issue. That is, defending not only important facilities and security agencies, but how to defend Israeli citizens against these attacks. This is the establishment of a new authority. It is, in effect, the creation of an air force against new threats and not rely on this being carried out by existing agencies. We are in a new world; we are preparing with new forces. This has very major significance for the defense of the State of Israel in the future.

Prime Minister Netanyahu has instructed Israel National Cyber Bureau (INCB) Head Dr. Eviatar Matania to lead its establishment. The new authority will receive the necessary responsibility and authority to defend the civilian sphere from cyber threats and will constitute an operative agency that will act alongside the INCB, which will continue to build and maintain the State of Israel’s national strength as an international leader in the field.

Prime Minister Netanyahu instructed INCB Head Dr. Matania to submit the initiative for Security Cabinet approval within 60 days and lead the establishment of the authority with a multi-year plan in cooperation with the other relevant agencies.

INCB Head Dr. Matania said: “Dealing with the cyber threat on the national level in the coming decades constitutes a strategic challenge that all countries must deal with. This is a historic decision. The establishment of a national cyber defense authority, alongside the effort to build advanced and unique technologies will bolster the State of Israel’s position as a leader in the field and make a major contribution to defending the economy and encouraging growth.”

Standard and Poor’s has maintained Israel’s A+ credit rating, but it must be noted that they said that this is based on the assumption that Israel will continue the responsible economic policy that we have led in recent years and not deviate from it. I think that this obligates us to an even greater effort that we have not yet completed in order to maintain security needs alongside the necessary economic responsibility, as well as the other needs of the State of Israel. In the end we are standing here with several clear components and the effort is yet before us.

I would also like to announce that, as of now, according to very interesting statistics, most of which are positive, the State of Israel in 2013 (there is always a one year lag), officially, I can tell Israelis on the eve of Rosh Hashanah, that Israel’s population has passed eight million. No less important, for the first time in the history of the State of Israel, more than six million Jews live here. This number has great significance in light of our people’s history in the previous century as well as in the current one.

While we never lack constant challenges from all sides I think that we proved over the past year that we can overcome them. Our strongest quality is the unity of the people and the heroism of our soldiers in repelling one of these threats and dealing a severe blow to our enemies on the southern border, of course.

On the eve of our holiday, I would like to send our best wishes for a full and rapid recovery to the wounded IDF soldiers and citizens and at the same time send our deepest condolences to the families of the fallen.

I would also like to commend the entire people of Israel for the determination and unity that they showed during Operation Protective Edge. I would like to send them greetings from the ministers and myself that they should now have the vacation that was denied them during the summer. Be with your families and above all, have a happy, quiet and safe year.”

Pursuant to Article 12 of the 1959 State Service Law (Appointments), the Cabinet decided to appoint Nissim Ben-Shetrit as Director General of the Ministry of Foreign Affairs.

The Cabinet discussed visa exemptions for citizens of the Republic of Moldova who hold biometric passports. Click here for further details.

Pursuant to the 1952 Civil Damages Law (State Responsibility), the Cabinet declared the Gaza Strip to be “enemy territory” retroactive to 7 July 2014.

Pursuant to the Supreme Court’s 29 July 2014 decision regarding the route of the security fence in the area of Batir and UNESCO’s 20 June 2014 decision, the Cabinet did not see fit to change its previous decisions.

The Cabinet approved Prime Minister Benjamin Netanyahu’s proposal for the communal settlement and socio-economic development of Sderot and the area adjacent to the Gaza Strip in 2014-2018.