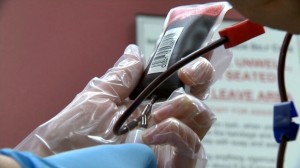 Matching Ebola survivors with Ebola victims through an effective, global registry open to all respectable health care organizations, may save thousands of lives.

The blood of an Ebola survivor carries antibodies of the virus. By giving a current Ebola patient an injection of a compatible amount of blood plasma from someone who recovered from the disease, those antibodies could help the patient fight the virus.

The World Health Organization has endorsed an old-school remedy that is already abundant in Africa — the blood of people who have survived infection.

Health officials acknowledged that their support for blood transfusions was motivated by emotion as well as by science. Limited quantities of a tested vaccine will not be available until November at the earliest, and stocks of experimental drugs such as ZMapp may not be ready until next year.

“One of the things driving fear and panic in communities … is the belief that there is no treatment for Ebola virus disease,” said Marie-Paule Kieny, an assistant director-general at the United Nations’ health agency. “We have to change the sense that there is no hope.”

The concept behind the transfusions is simple: The blood plasma of people who have recovered from Ebola contains antibodies that were successful in fighting off the virus. If these antibodies are pumped into an infected person, they might help the recipient fight the disease as well.

Such transfusions were used to fight illnesses before the advent of antibiotics and vaccines. The German surgeon Emil von Behring first used blood serum to treat diphtheria in 1890 and was awarded a Nobel Prize for his discovery. The technique was expanded to treat many other infectious diseases, such as scarlet fever and measles.

Transfusions were used to treat a small number of patients during the 1995 Kikwit Ebola outbreak in Zaire, now known as the Democratic Republic of Congo, according to Dr. Oyewale Tomori, a professor of virology at Redeemer’s University in Nigeria. A study published in the Journal of Infectious Diseases after the outbreak reported that eight patients received transfusions, and only one of them died.

Ebola is spread by contact with the bodily fluids of infected individuals. Once in the bloodstream, the virus enters cells and begins to replicate itself, damaging blood vessels and organs in the process. Symptoms begin to appear two to 21 days after infection and include fever, diarrhea, vomiting, aches and bleeding. In the current outbreak, the odds of survival are slightly below 50%.

Israel, whose researchers are doing ground breaking work in the fight against Ebola fever that is spreading in Western Africa and beyond, will send three mobile emergency clinics to the region.The Israel Foreign Ministry’s Mashav department, which is the Agency for International Development Cooperation, has decided to increase Israel’s contribution to the international effort to prevent the spread of the epidemic.An Israeli team has already been sent to Cameroon, where it was favorably received by the local authorities.The ministry sent emergency equipment to the government of Sierra Leone, and in recent weeks, it shipped personal protection equipment to teams of the African Union.Asked to comment, Ben-Gurion University of the Negev Ebola researcher Dr. Leslie Lobel said: “This is great news. Finally, Israel is joining the righteous and helping out with Ebola.”The US-born researcher has for the last 12 years devoted himself to the study of viral diseases at BGU’s Health Sciences Faculty. Born in Queens, New York he has an MD and doctorate in virology from Columbia University and studied the human immune response to cancer and developed human monoclonal antibodies.He and his lab team in the faculty’s microbiology, immunology and genetics department, isolate and produce molecules in the lab that are naturally produced by the immune system in survivors, and they attach to the Ebola virus to inhibit infection. These are the antibodies that the body produces naturally as part of the immune system’s response to the pathogens.Lobel travels to Uganda five times a year and is one of the first to follow up Ebola fever survivors. A team from the US military, he said, has joined him “along with wonderful collaborators in Uganda.”

The volunteers who created EbolaBloodRegistry.org are seeking to cooperate with all respected, professional global health care organizations and are currently speaking with investors to create a global awareness campaign.