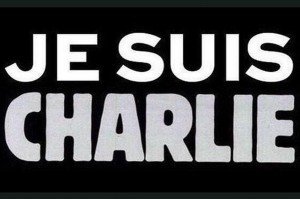 Jerusalem — January 10, 2015 … Part of the following was communicated by the Israel Prime Minister’s Office to the Israel News Agency.

“On behalf of the citizens of Israel, I would like to send our condolences to the French Jewish community and the French people who have suffered a murderous terrorist assault in the last few days. These attacks in Paris are the continuation of extremist Islam’s war against our free civilization, in the West, in the entire modern world and also in the moderate Arab states and among entire publics in the Islamic world.”

“This is a wave of terrorism that is spreading a global net of hatred, fanaticism and murder. After establishing its bases in the Middle East, terrorism is now sending its arms throughout the world. If the world does not take action quickly, we will find this terrorism gaining momentum and increasingly striking at other centers of the free world and in other places.

The terrorist organizations of extremist Islam have many and varied names – Hamas, Hezbollah, Islamic State, Al Qaida, Nusra, Islamic Jihad and Boko Haram. They are all motivated by the same bloody hatred and the same fanaticism that knows no borders.

Further proof that these organizations are branches of the same poisonous tree may be seen in the fact that one of Hamas’s official organs praised the reprehensible murderers in Paris. It must be understood that this is a war against us all.

I am convinced that if we are united this terrorism will be unable to defeat us. But if we ignore the true root of the problem, if we ignore the fact that extremist Islamic terrorism seeks to exterminate Western civilization as a whole, including the Jewish People, if we ignore this – what we are now seeing in Paris will be only the beginning. These are not frightening words or prophecies of rage, this is the simple reality and the time has come to recognize it.

Last night I spoke with French Prime minister Manuel Valls and with French President Francois Hollande. I commended the determination with which the French authorities eliminated the terrorists, these murderers, and I also commended the courage of the French security services. But this is not enough. In order to fight terrorism, it is essential to strike at its sources of financing and at the centers of incitement that encourage these murderous acts throughout Europe. It is also essential to take action against countries that give support, shelter and passage to terrorism.”

Netanyahu continued: “The first law is that it is forbidden to give in to the fear that it seeks to instil in us. In order to fight terrorism it is simply necessary to fight it. We express our deepest sorrow over the French citizens who were murdered, the journalists, the police officers and the innocent citizens who were murdered simply because they were citizens of the free world. We express our deepest sorrow over our Jewish brothers who were murdered simply because they were Jews. Our brothers and sisters in the French Jewish community, we grieve with you over the terrible loss. I would like to send condolences to the families of Yoav Hattab, Philippe Barham, Johan Cohen and Francois-Michel Saada. We also send our best wishes for a quick recovery to all the wounded.

This evening, I spoke by telephone with Celine Shreki, who was a hostage in the kosher market in the heart of Paris; she is recovering. She told me about the terrorist’s inconceivable cruelty and of the heroism of the young Jewish man who attempted to seize his weapon and shoot him; he was shot by the terrorist and died about 45 minutes later.”

Netanyahu concluded: “To Celine and all French Jews, and to all European Jews, I would like to say: The State of Israel is not just the place to which you turn in prayer. The State of Israel is also your home. This week, a special team of ministers will convene to advance steps to increase immigration from France and other countries in Europe that are suffering from terrible anti-Semitism. All Jews who want to immigrate to Israel will be welcomed here warmly and with open arms. We will help you in your absorption here in our state that is also your state.”

Prime Minister Binyamin Netanyahu is flying to France together with Israel Foreign Minister Avigdor Liberman and Economy Minister Naftali Bennett, as well as MK Eli Yishai as the Knesset’s representative, to attend a unity rally in Paris today.

The “Silent March” is being held to protest terrorism, and to honor the memory of the 17 victims murdered last week in a three-day series of attacks in Paris by radical Islamist terrorists.

Netanyahu said that he will be meeting with French President Francois Hollande at the Central Synagogue in Paris. He will also meet with members of the Jewish community.