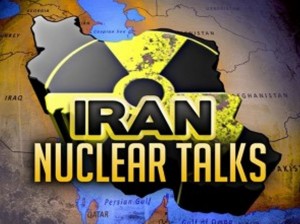 Jerusalem, Israel — March 31, 2015 … Part of the following was communicated by the Prime Minister’s Office to the Israel News Agency.

“The greatest threat to our security and to our future was and remains Iran’s effort to arm itself with nuclear weapons,” said Netanyahu.

“The agreement being formulated in Lausanne paves the way to this outcome. It seems that it will leave in Iran’s possession underground installations, the nuclear reactor at Arak and advanced centrifuges, the same things that only a few months ago we were told – and rightly so – were not essential to a nuclear program designed for peaceful purposes.

Iran’s breakout time for achieving fissile material for nuclear bombs will not be measured in years, as was said at the outset; in our assessment the time has been reduced to less than a year, probably much less.

All of this is before taking into account the ballistic missiles that Iran is continuing to manufacture, the ongoing development of advanced centrifuges, Iran’s obdurate refusal to reveal to the IAEA its activities to develop nuclear weapons and, I add, Iran’s campaign of conquest and terrorism – which is open to all, everyone sees it, before our very eyes – from the Golan Heights to Yemen, from Iraq to Gaza and so many other places.”

The deadline for an agreement with Iran came and went today in Switzerland. Sources at the talks report that both Germany and France are ready to leave the talks as the US appears to beg for any kind of agreement.

The differences between the French and US positions go beyond process and into matters of substance. The lifting of sanctions, the scope of inspections, research and development capacities, the number of centrifuges Iran will be allowed to maintain and how long the agreement will last are all areas in which Paris and Washington differ. When we say Washington we directly refer to Obama, not the Pentagon.

In Lausanne last week, France rejected Iran’s demand to immediately lift UN Security Council sanctions linked to proliferation after an agreement, arguing that this can only come progressively with verifications.

French diplomats generally agree that Tehran’s enrichment program is solely aimed at obtaining a nuclear weapon and that a bad deal that allows the Iranians to keep enriching uranium at dangerous levels will lead to a disastrous game of regional proliferation.

Relations between Paris and Washington have become strained with suspicion ever since Syria used chemical weapons in August 2013 and Obama failed to enforce his “red line.”

Several nations in Europe and in the Middle East no longer trust the US. From Germany, France, the UK and Turkey to Israel, Saudi Arabia, Egypt, Jordan, United Arab Emirates and Qatar – US allies feel that Barack Obama is abandoning them for Iran – the world’s largest sponsor of Islamic terrorism.

Egypt, Jordan and Saudi Arabia feel betrayed by Obama as they now take on ISIS in Iraq, Syria and Yemen without US support. Sources in the Middle East state that as the US allows Iran to have a nuclear weapon, Turkey and Saudi Arabia will immediately begin their own nuclear programs.

Many agree that while Iran chants “Death to America”, Obama appears to be creating both the environment and reality for a nuclear holocaust in the Middle East.
A reality that Iran appears ready to embrace.