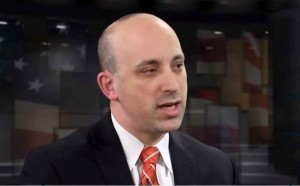 Greenblatt: “Accuracy and accountability
are essential for the voting public.”

New York — April 8, 2016 … The Anti-Defamation League (ADL) today welcomed the clarification by presidential candidate Sen. Bernie Sanders of his misstatement about Palestinian casualties during the 2014 conflict between Israel and the terrorist group Hamas.

After a phone conversation between the senator and ADL CEO Jonathan A. Greenblatt, Senator Sanders issued a statement clarifying that his recollection that there were 10,000 civilian Palestinian civilian deaths was inaccurate and that the interviewer corrected him in the course of the conversation – a correction that he accepted.

“The senator assured me that he did not mean his remarks to be a definitive statement and that he would make every effort to set the record straight, Greenblatt said. “We appreciate his responsiveness on this issue, especially at a time when there are many false and incendiary reports blaming Israel for applying disproportionate force in its struggle for self-defense.”

Greenblatt concluded: “Even the highest number of casualties claimed by Palestinian sources that include Hamas members engaged in attacking Israel is five times less than the number cited by Bernie Sanders.”

“As Mr. Sanders publicly discusses his approach to key U.S. foreign policy priorities, including Israeli-Palestinian negotiations, accuracy and accountability are essential for the voting public, but also for U.S. credibility in the international community.”