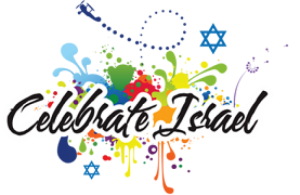 More than 30 floats with musical performers, 15 world-class marching bands and 40,000 marchers entertain hundreds of thousands of spectators for the largest celebration of Israel in the world, the annual Celebrate Israel Parade.

Organizers estimate that over 300,000 people will be participating and or viewing this majestic event.

This year marks the 52nd anniversary of what has become one of the largest parades in New York City, growing exponentially each year in attendance and excitement since its founding in 1965.
The Parade is the marquee event of the JCRC-NY’s Celebrate Israel Initiative – a project in cooperation with UJA-Federation of New York and the Consulate General of Israel in New York – that celebrates the positive impact the Jewish and democratic state of Israel has on the lives of people in New York and around the world.

Masses of people who support Israel from around the country will converge on Fifth Avenue for the Parade, including several top Israeli music artists and special Israeli guests who will draw even larger crowds to this year’s Parade. 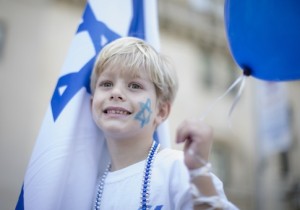 New this year, cast members from the Broadway production of Fiddler on the Roof will ride a specially designed float up Fifth Avenue, singing some of the most recognizable songs from the musical and performing live for the TV audience from the Grand Stand area.

More than 250 organizations are scheduled to march along Fifth Avenue, from 57th Street to 74th Street, including groups of rollerbladers, motorcyclists, dance groups, and juggling clowns.

The 2016 creative theme for marching groups and floats is “Israel: Sight, Sound and Spirit!” Each group works with Parade staff to develop a presentation of colorful banners, costumes and props related to the theme in some way.

For the sixth year in a row, the Parade will be televised live by FOX affiliate, WWOR-TV My9 from 12–2 p.m., and streamed online from 12-3 p.m., so Israelis and Israel supporters throughout the world can watch.

“For more than 50 years, supporters of Israel have gathered from the metropolitan region and beyond in New York City in celebration of the State of Israel,” said JCRC-NY Executive Vice President and CEO Michael Miller. “Year after year, the parade never ceases to be a thrilling experience, bringing the unflagging spirit of Israel to the streets of New York.”

“It’s a joy to see throngs of supporters of Israel from across the metropolitan area and beyond come together to celebrate at the annual parade,” said Jennifer Falk and Judy Kaufthal, co-chairs of the Celebrate Israel parade. “We are so excited for our newest additions which we hope will draw an even larger crowd as we all stand to support Israel.” 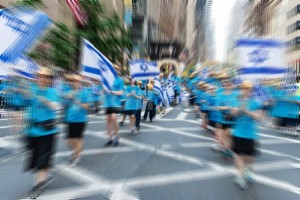 In honor of the Celebrate Israel Parade and the state of Israel, the Empire State Building will shine its world-famous tower lights blue and white on Saturday, June 4.