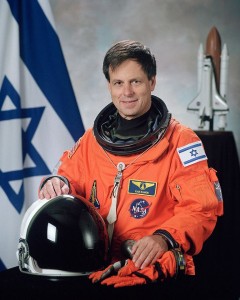 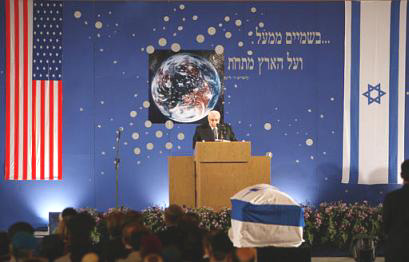 Allow me, on behalf of the people of Israel, here and in the Diaspora, to honor the memory of Ilan Ramon, in love and pain, on this, his last road in our homeland.

Beyond all the memorial services, your mourning is first of all personal and private. You have just returned to us, with Ilan’s coffin, and are suffering pain which cannot be healed. This is not how you imagined – how we all imagined – your homecoming.

The pain you suffer is the pain we all suffer. Ilan has touched the hidden spot in every Jew’s heart. He tugged at the strings of all our hearts.

His youthful face, his eternal smile, his fresh countenance, the twinkle in his eyes – penetrated our souls. His image, projected from above, was the reflection of Israel at its best – Israel as we would have liked to see it – the Israel we love.

The Torah Scroll brought by a Jewish boy from a concentration camp, the Kiddush Cup, the Israeli flag, and the Israel Air Force badge touched and excited all Jews. They constituted a source of pride and united our hearts in these trying times. 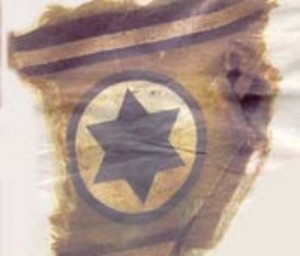 The tattered remains of an Israeli Air Force flag, for which Ramon
carried into space, was found among debris in Texas.

Far up there – at the edge of the scope of human achievement – we could not have had a better and more fitting representative.

Ilan, the son of a mother who survived the Holocaust, and a father who is a veteran of the War of Independence, was a courageous combat pilot and an outstanding officer, and was among the best of our sons and warriors.

On his last mission he soared higher than any other Israeli, and realized his dream.

In his journey into space in the American Shuttle, with his six shipmates, he brought great honor to the people of Israel.

The Star of David, the “blue and white” of our flag, were interwoven with the American Stars and Stripes, and the common fate of the team poignantly strengthened the staunch partnership between our nations.

At this moment our hearts also go out to the families of the other victims, and to the American people, in brotherhood and sincere condolences.

A day will come when other Israelis will be launched into space in the service of science and progress. For them and for us Ilan Ramon will always be a source of inspiration, as Israel’s space pioneer, and his memory will be engraved in our hearts forever.

Tomorrow, when he is brought to rest in the earth of the Valley, we will remember that Ilan was plucked in his prime, at the zenith of his aspirations, and at a time when he acquired world fame.

Hopefully, this will be a source of comfort to his grieving family, his loved ones, and all of Israel.