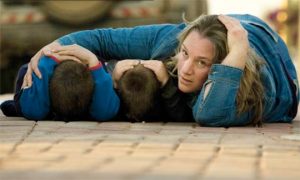 “Israel knows very well how to defend itself from the murderous Iranian regime. Rouhani’s slander, which calls for the destruction of Israel, proves yet again why the nations of the world need to join in the sanctions against the Iranian terrorist regime which threatens them.”

Rouhani today called Israel a “cancerous tumour” established by Western countries to advance their interests in the Middle East.

Addressing an annual Islamic Unity Conference on Saturday, Rouhani said “one of the ominous results of World War II was the formation of a cancerous tumor in the region”.

Rouhani went on to refer to Israel as a “fake regime” created by Western countries.

Iran supports several terror groups including Hezbollah and Hamas that have sworn to destroy Israel.

Iran recently warned it would hit US and Israeli targets if it were attacked by the US after President Donald Trump’s security adviser said Washington would exert maximum pressure on Tehran going beyond economic sanctions.