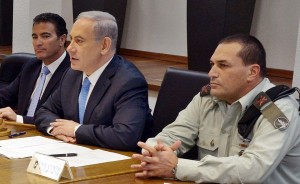 Jerusalem — January 1, 2015 …  Israel Prime Minister Benjamin Netanyahu held a discussion this afternoon on the Palestinian Authority’s application to various international treaties, and made the following remarks at the end of the meeting:

“It is an entity in alliance with a terrorist organization, Hamas, which perpetuates war crimes. The State of Israel is a nation of laws with a moral army that upholds international law. We will defend the soldiers of the IDF just as they defend us.”

According to several international legal experts, it is very unlikely that the ICC would even launch criminal proceedings against  Israelis for actions and policies vis-à-vis the Palestinians. Even if it did, and eventually issued indictments, it would take many years before any convictions were handed down. 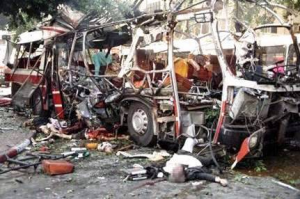 Do Qatar and Turkey really want to appear at the ICC?

In the best-case scenario for Israel, the Palestinians’ intended complaints against Israeli officials would constitute little more than a nuisance, causing some negative PR.

And will the ICC advance the establishment of an independent and sovereign Palestine, presumably Abbas’s prime goal? Not at all.

US State Department spokesman Edgar Vasquez warned it would be “counter-productive and do nothing to further the aspirations of the Palestinian people for a sovereign and independent state.”

“It will badly damage the atmosphere with the very people with whom they ultimately need to make peace,” Vasquez said in a statement.

What we are truly witnessing here is not a legal battle. Rather, it is a contest between who has a more effective PR machine.

How many Israeli children have been murdered?

But perhaps the most profound question Israel may ask at the ICC would be: “who funds Hamas and how long has Qatar, Iran and Turkey provided both monies and military equipment to commit these crimes against humanity?”