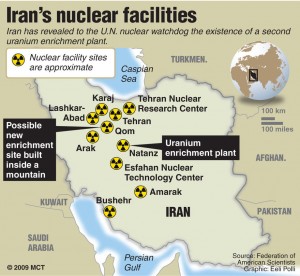 Jerusalem, Israel — February 22, 2015 … Part of the following was communicated by the Prime Minister’s Office to the Israel News Agency.

Prime Minister Benjamin Netanyahu today made the following remarks at the start of the Cabinet meeting: “Today the Cabinet will be briefed on the security challenges developing around us, first and foremost Iran’s attempt to increase its foothold on Israel’s borders even as it works to arm itself with nuclear weapons.

Alongside Iran’s direct guidance of Hezbollah’s actions in the north and Hamas’ in the south, Iran is trying to also to develop a third front on the Golan Heights via the thousands of Hezbollah fighters who are in southern Syria and over which Iran holds direct command.

The fact that Iran is continuing its murderous terrorism that knows no borders and which embraces the region and the world has, to our regret, not prevented the international community from continuing to talk with Iran about a nuclear agreement that will allow it to build the industrial capacity to develop nuclear weapons.

It is astonishing that even after the recent IAEA report determined that Iran is continuing to hide the military components of its nuclear program, the nuclear talks are with it are proceeding.”

Netanyahu said: “Not only are they continuing, there is an increased effort to reach a nuclear agreement in the coming days and weeks. Therefore, the coming month is critical for the nuclear talks between Iran and the major powers because a framework agreement is liable to be signed that will allow Iran to develop the nuclear capabilities that threaten our existence. The agreement that is being formulated between Iran and the major powers is dangerous for Israel and therefore I will go to the US next week in order to explain to the American Congress, which could influence the fate of the agreement, why this agreement is dangerous for Israel, the region and the entire world.”

A senior Iranian official responded sharply to warnings that Washington is ready to quit nuclear talks unless Tehran agrees to a deal that demonstrates it does not want atomic arms.

Velayati was responding today to US Secretary of State John Kerry. Kerry said President Barack Obama was “fully ready” to pull the US out before agreeing to a deal leaving Tehran with potent nuclear arms-making ability.

Obama recently said that he is keeping some specifics from Israel. Many Western security analysts have a hard time believing that the US would hold back information from a close ally.

“This does not enhance global security, it alienates and places distrust between allies who face the same nuclear threat. Obama should be meeting with Netanyahu, not hiding from him,” a well respected security analyst stated.

Netanyahu says Israel knows the details of the nuclear deal being worked on by Iran and it biggest ally, the United States.

“I think this is a bad agreement that is dangerous for the state of Israel, and not just for it. If anyone thinks otherwise what is there to hide here?”