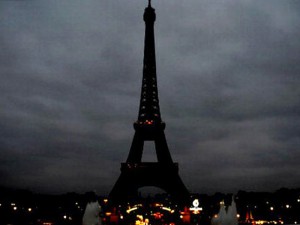 “On behalf of the people and Government of Israel, I extend our deepest sympathies to the people of France and to the families of those who were brutally murdered in Paris last night. We also extend our wishes for a speedy recovery to the wounded.

Israel stands shoulder-to-shoulder with France in this common battle against militant Islamic terrorism. I’ve instructed Israel’s security and intelligence forces to assist their French counterparts and their counterparts from other European countries in any way possible.

Terrorism is the deliberate and systematic targeting of civilians. It can never be justified. Terrorism must always be condemned. It must always be fought. Innocent people in Paris, like those in London, Madrid, Mumbai, Buenos Aires and Jerusalem, are the victims of militant Islamic terrorism, not its cause. As I’ve said for many years, militant Islamic terrorism attacks our societies because it wants to destroy our civilization and our values.

I call on the entire civilized world to unite to defeat the plague of worldwide terrorism. An attack on any one of us should be seen as an attack on all of us. All terrorism must be condemned and fought equally with unwavering determination. It’s only with this moral clarity that the forces of civilization will defeat the savagery of terrorism.”

French President Francois Hollande said today that ISIS was responsible for Friday’s series of deadly terror attacks. He called the coordinated attacks “an act of war.”

The Paris Police Prefecture said the death toll was at least 128. The spokesman said 180 people had been injured, 99 of whom were in critical condition.

Prime Minister Netanyahu made it clear that the global community must define what kind of terrorism France and all nations face today. If we cannot define the roots of the present terrorism as Islamic then how can we identify those responsible for these barbaric attacks?

This is not a time to be politically correct. Nor are we offending or provoking any religious group by calling this terrorism what it is. Israel and the rest of the world global community call on moderate Muslims to denounce and fight this extremist violence.