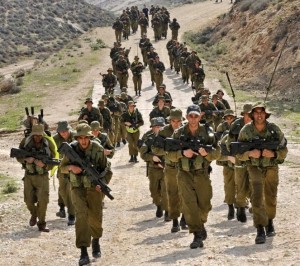 The initiative was approved Monday by the Knesset Foreign Affairs and Defense Committee.

If the bill becomes law, it will go into effect in July 2020. The reduction in service would follow the change in mandatory service time from 36 months to 32 months passed two years ago.

The IDF has become an extremely popular program for Jews living in Israel and abroad.
In addition to providing an effective military presence, many join the IDF to learn specialized skills in computer science, engineering, aviation, communications, management, logistics and even film making.

Israelis supporting a shorter military service say that not only would it double the salaries of conscripts, but “the security needs of Israel will not be hurt, as combat troops and special forces soldiers will have the possibility to extend their service.”

A shorter military service would be excellent news for the Israeli economy. Knesset Committee member Rachel Azaria stated: “An early release to the workforce will strengthen the economy and will help with economic challenges faced by the State of Israel.” 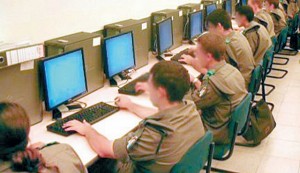 The Israel Finance Ministry stated that the move would be “a step that will improve the conditions for combat soldiers and increase motivation for all soldiers.”

Ofer Margalit of the Israel Finance Ministry said that “the IDF agreed that shorter mandatory services periods would not hurt or weaken Israel’s security, because of the expected rise in recruitment numbers, regardless of the positive economic outcome such a move will have. The legislation now will provide certainty of process, but also enough time to properly prepare the army.”

Young Jews can even have a say as to where to serve.

Some choose combat units in the ground forces such as Handasa Kravit (combat engineers), Paratroopers, Givati (marines), Golani, Sherion (tanks)  while others select the Air Force, Navy, Medical or Intelligence. 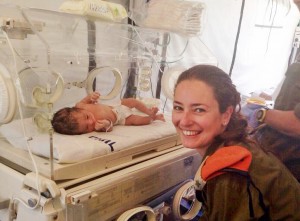 Many Anglo Saxons find themselves serving in elite units which utilizes their native born English.
Hundreds serving in the IDF Spokesperson’s Office, Liaison to the United Nations, Humanitarian Aid Missions or Intelligence decide to prolong their stay in the IDF as career soldiers or remain active in the reserves.

Some immigrants to Israel are not required to serve the full two and half years, but rather serve a shortened period of a few weeks or months in basic training, taught Hebrew and then released into the reserves.