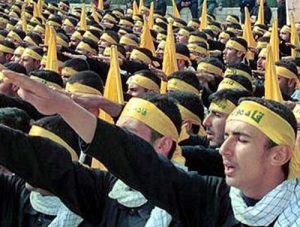 “This morning the IDF began Operation Northern Shield, the goal of which is to uncover and neutralize terrorist tunnels from Lebanon.

We are proud of the fighters and commanders of the IDF for the complex actions and operational successes already in the early stages of the operation.

Whoever tries to attack the State of Israel – will pay a heavy price.

We are taking determined and responsible action in all sectors simultaneously. We will continue with additional actions – open and covert – in order to ensure the security of Israel.”

Netanyahu just returned from a diplomatic-security meeting with US Secretary of State Mike Pompeo in Brussels.

The Prime Minister updated the US Secy. of State on Operation Northern Shield and said that the intrusive tunnels built by Hezbollah are a gross violation of Israeli sovereignty and of UN Security Resolution #1701.

Netanyahu also said that Iranian aggression had to be thwarted in Syria, Iraq, Lebanon and elsewhere.

The IDF on Tuesday uncovered the first cross-border Hezbollah tunnel from a home in the south Lebanese village of Kfar Kila some 40 meters into Israeli territory outside the town of Metulla. 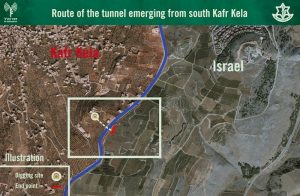 It was the first tunnel that the IDF said it had discovered as part of Operation Northern Shield.