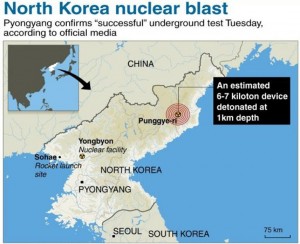 Jerusalem, Israel — April 5, 2015 … Israel Prime Minister Benjamin Netanyahu was interviewed today on ABC, CNN and NBC. He stated that the nuclear agreement with Iran was a dream deal for Iran but a nightmare deal for the world.

Netanyahu said on NBC: “The entire world celebrated the deal with North Korea. It was deemed to be a great breakthrough; it would bring an end to North Korea’s nuclear program; you’d have inspectors. That would do the job. And of course everybody applauded it, but it turned out to be a very, very bad deal and you know where we are with North Korea.

I think the same thing would be true in the case of Iran, except that Iran is a great deal more dangerous than North Korea. It’s a militant Islamic power bent on regional domination, in fact, bent on world domination, as it openly says so. They just chanted ‘Death to America’ a few days ago on the streets of Tehran, the same streets where they’re rejoicing right now.

Don’t give the preeminent terrorist state of our time the access to a nuclear program that could help them make nuclear weapons. It’s very bad for all of us.”