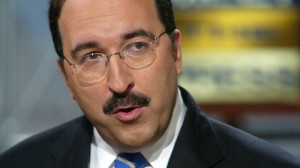 Jerusalem, Israel — May 25, 2015 … Israel Prime Minister Benjamin Netanyahu has announced the appointment foreign policy expert and former UN Ambassador Dore Gold as director-general of the Israel Foreign Ministry.Dr. Gold, who currently serves as the Director of the Jerusalem Center for Public Affairs, will replace Nissim Ben-Sheetrit. Ben Sheetrit is a veteran ministry employee who started out in the minsitry’s administrative track and then moved over to its diplomatic side.Ben-Sheetrit, a former ambassador to Japan, was appointed by former foreign minister Avigdor Liberman in November 2013.Dr. Gold is considered one of Netanyahu’s top foreign policy confidants, and in 2014 became an “outside” foreign policy consultant to Netanyahu.The American-born Gold, born and raised in Hartford, Connecticut, served Netanyahu as a foreign policy advisor from 1996-1997 during the premier’s first term in office, before Netanyahu appointed him Ambassador to the UN, where he served until 1999. He has been very active in recent years lobbying on behalf of “defensible borders” for Israel.Dr. Gold, with extensive diplomatic experience, will be working closely in the ministry with Tzipi Hotovely, the newly appointed deputy foreign minister. 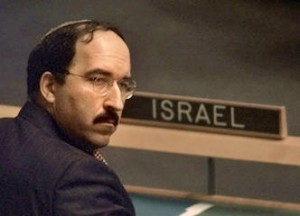 Dr.Gold distingushed himself in negotiations with world leaders which included the President of the United States, the US Secretary of State, and the British Foreign Secretary.  He also served as a special envoy to the leaders of Arab states.

Dr. Gold is continuously consulted by members of the governments of United States, the United Kingdom, and other Western Powers.  And he is often seen on news broadcasts sharing his views on world affairs.

The former Ambassador is an accomplished writer and speaker whose experiences behind the scenes and in the limelight have made him a valuable media resource about international terrorism, the Iranian nuclear program, Israel’s security needs, the Jewish claim to Jerusalem, and many other current topics.

Dr. Gold said upon his appointment that he is aware of the significant challenges facing Israel at this time and that “it is my obligation to defend the interests of the state.”

Dr. Dore Gold lives in Jerusalem with his wife, Ofra, and their two children, Yael and Ariel.