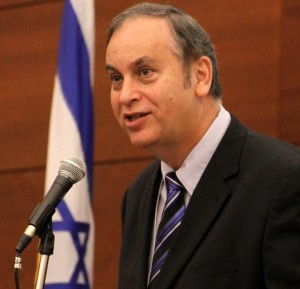 Beloved husband to Shelly Levine, father to Daniel Levine, Dori Levine Schiowitz and Zvi Levine and grandfather to many.

A Jewish activist for the State of Israel.

Charley Levine served as an IDF Spokesperson with the rank of Captain and as a senior media consultant to several Israeli Prime Ministers. He represented PR giant Ruder Finn in Israel and later created Lone Star Communications providing media communications to some of Israel’s most respected governmental, commercial and non-profit organizations.

Charley Levine was an active advocate for the release of Jonathan Pollard, an Israeli agent who remains imprisoned in the US. Levine encouraged Aliya (immigration) to Israel with his successful representation of Nefesh B’Nefesh and fought hard to preserve the Mount of Olives cemetery in Jerusalem.

Levine had been a monthly columnist for Hadassah Magazine since 2002. He won several awards, the most recent of which were first place for “Best International Campaign” and “Best NGO Special Event” from the Israel Public Relations Society.

The Levines live in a suburb of Jerusalem and have three children.